THE BEST MOVIES TO WATCH IN JANUARY 2017!

Let’s get ourselves back on track in the New Year with some exciting movies! This month is quite various; everyone should find one matching their taste! Just don’t forget the popcorn! 🙂

1/12: Passengers:
A science fiction movie with the two darlings of Hollywood? Count me in! Chris Pratt, one of the main actors said, that this movie has one of the best scripts that he has ever read! And on his side is the one and only: Jennifer Lawrence. After winning an Oscar it is time for her to have some fun! The movie looks dazzling with its great spaceship and futuristic story. The only question remains is: why were only two people woken up on a space ride 80 years in advance? To find out you’ll have to check this movie out.
1/19: Hidden figures:
Based on the real life story of three African-American women, who provide NASA with important mathematical data, this movie is definitely one of the most diverse films of the year! And this data is something they need for one of NASA’s most important mission: launching an astronaut successfully into space for the first time! Follow these heroes as they defy all odds and rise quickly in the ranks of NASA in a country which at the time isin the middle of the African-American Civil Rights Movement. Check out this movie with the wonderful Octavia Spencer, Taraji B. Henson and Janelle Monáe!
1/26: Live by night
A brand new movie directed by the talented Ben Affleck, starring Ben Affleck! By the way did you know that his middle name is Géza? 🙂 Based on his movies until now, this one wasn’t supposed to disappoint. The story is about a gangster in 1926 in Boston in the Prohibition Era. The movie involves actors such ad Scott Eastwood, Zoe Saldana, Sienna Miller or Elle Fanning.
1/26: A Dog’s Purpose
If you like dogs, this movie is for you! But even if you don’t, this movie seems to be sweet and touching. One dog tries to find out his purpose in life, by being reborn again and finding a new owner and life story. It’s always different: gender, breed, era, owner, but the purpose stays the same. I wonder if he finds it out in the end, but all of us who already had a dog, well; we know the answer to that question. 🙂 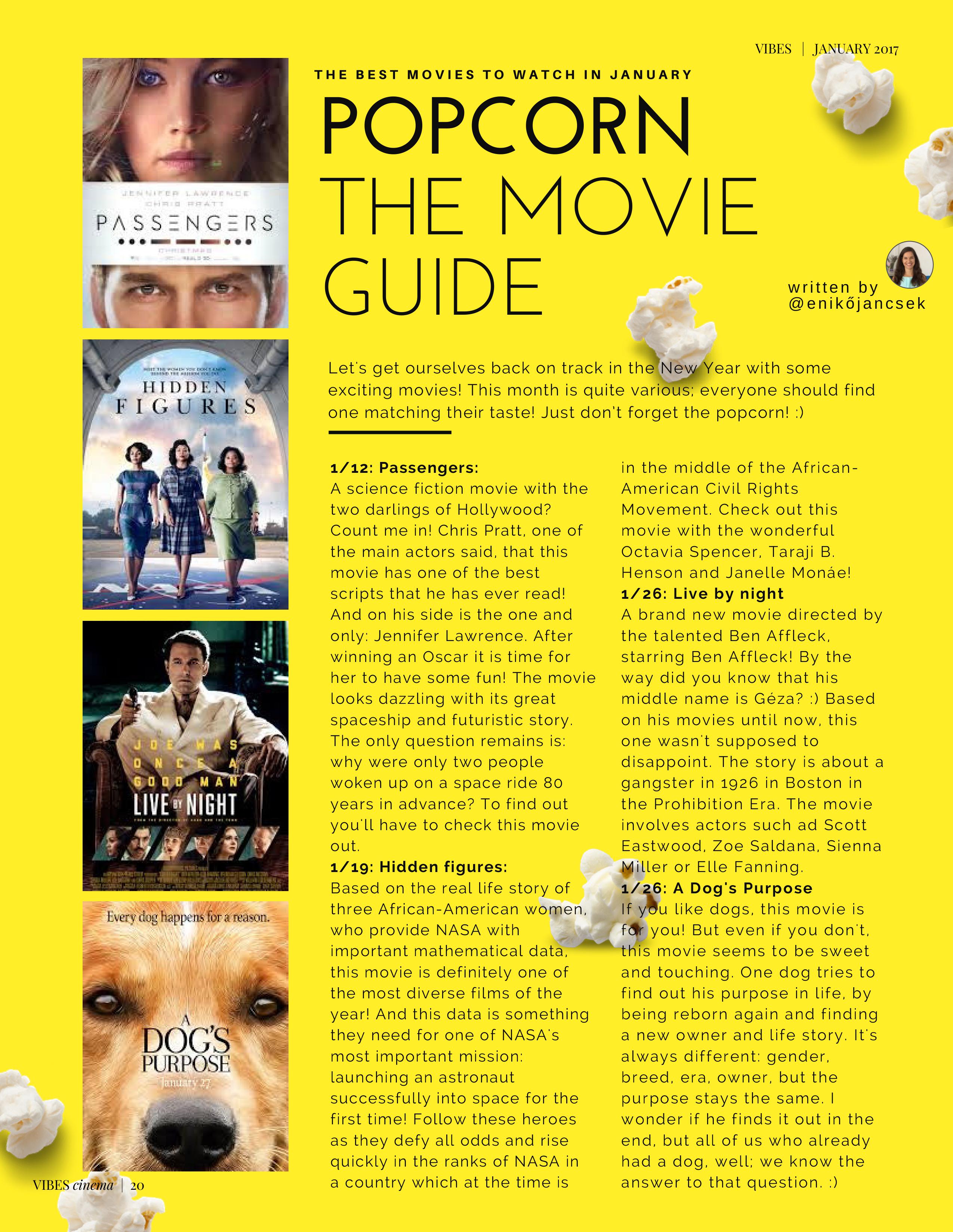