Although playing cards are very common objects, still there is something special about them. They have the ability to recall sweet memories from our childhood in an eye-blink, flying us back to long-forgotten times. No matter how many video games, PlayStations, tablets..etc we possess, somewhere in a drawer in our house lies a deck of playing cards as well. Let’s see some surprising facts about them.

Regarding the origin of playing cards the most reliable hypotheses is that they were invented in China during the Tang dinasty in the 9th century as a result of the usage of woodblock printing technology and there were 30 cards in a deck. 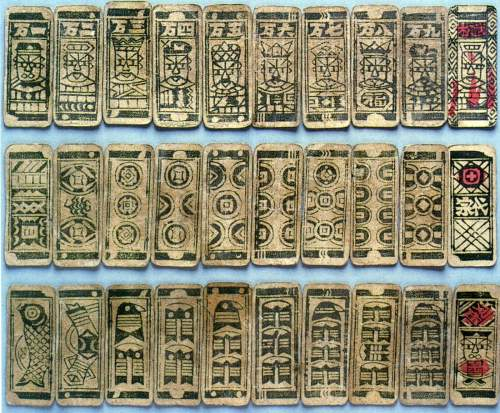 From China they spread to India and Persia, they reached Europe around 1360 arriving from the Mameluke Empire of Egypt. The Mameluke suits were goblets, gold coins, swords, and polo sticks. Italy and Spain transformed them into batons/staves, swords, cups, and coins. German card makers had acorns, leaves, hearts, and bells. The French version of playing cards appeared around 1480, they simplified the German shapes into trefle (clover), pique (pike-heads – a type of weapon), coeur (hearts), and carreau (paving tiles).   (Source)

2. FACE CARDS WERE DESIGNED AFTER REAL PEOPLE IN HISTORY

Each face cards (Kings, Queens, Jacks) are based on real historical figures. The designs originated in France, where playing cards were enormously popular among the aristocracy during pre-revolutionary times. They have all evolved over the years, and the four Kings as we know them today first appeared in the 18th century. Source

Jack of Spades ♠ – Ogier the Dane/Holger Danske (a knight of Charlemagne)
Jack of Hearts ♥ – La Hire (comrade-in-arms to Joan of Arc, and member of Charles VII’s court)
Jack of Diamonds ♦ – Hector
Jack of Clubs ♣ – Judas Maccabeus, or Lancelot 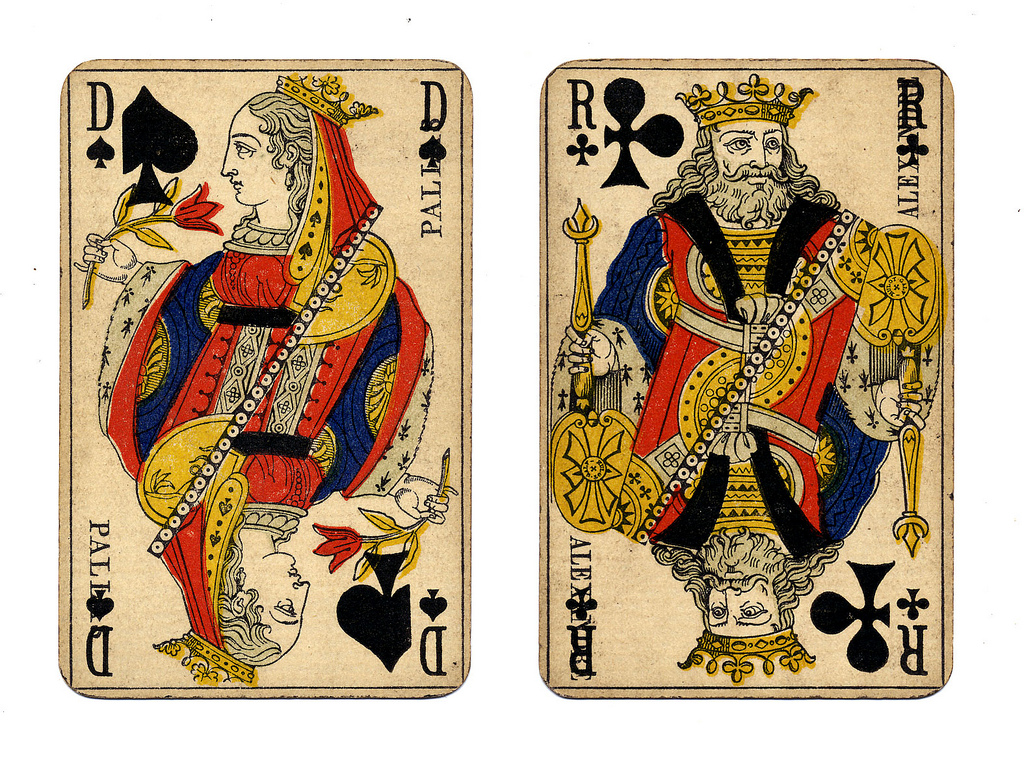 3. THE SYMBOLOGY BEHIND PLAYING CARDS

The 13 cards indicate 13 weeks of each season.

52 cards represents the 52 weeks in a year

4. THE WORLD’S OLDEST FULL DECK OF PLAYING CARD DATES BACK TO THE 15TH CENTURY 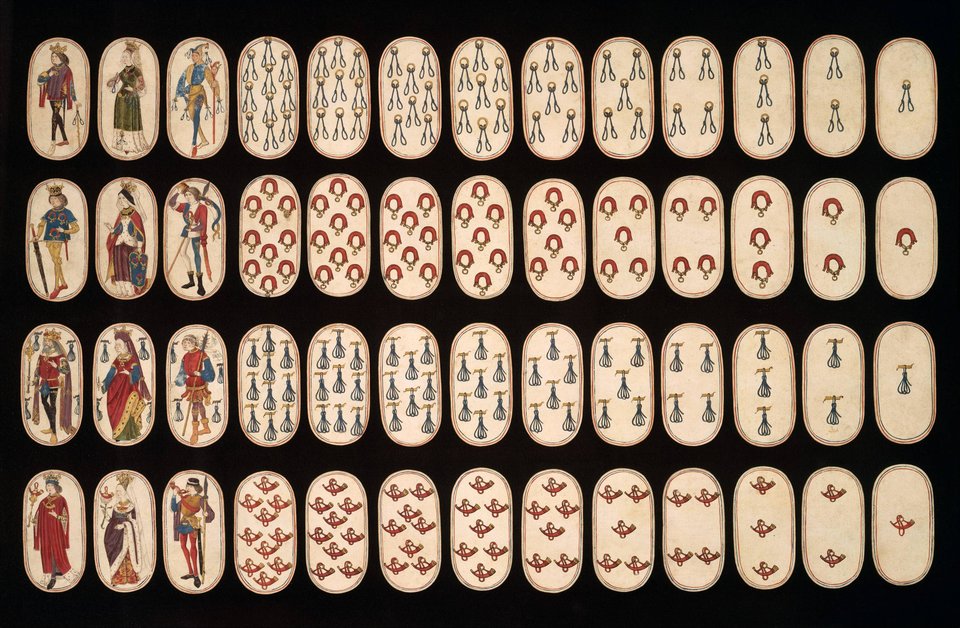 The oldest full deck of playing cards known, circa 1470-1480. The Metropolitan Museum of Art / Source: http://www.businessinsider.com 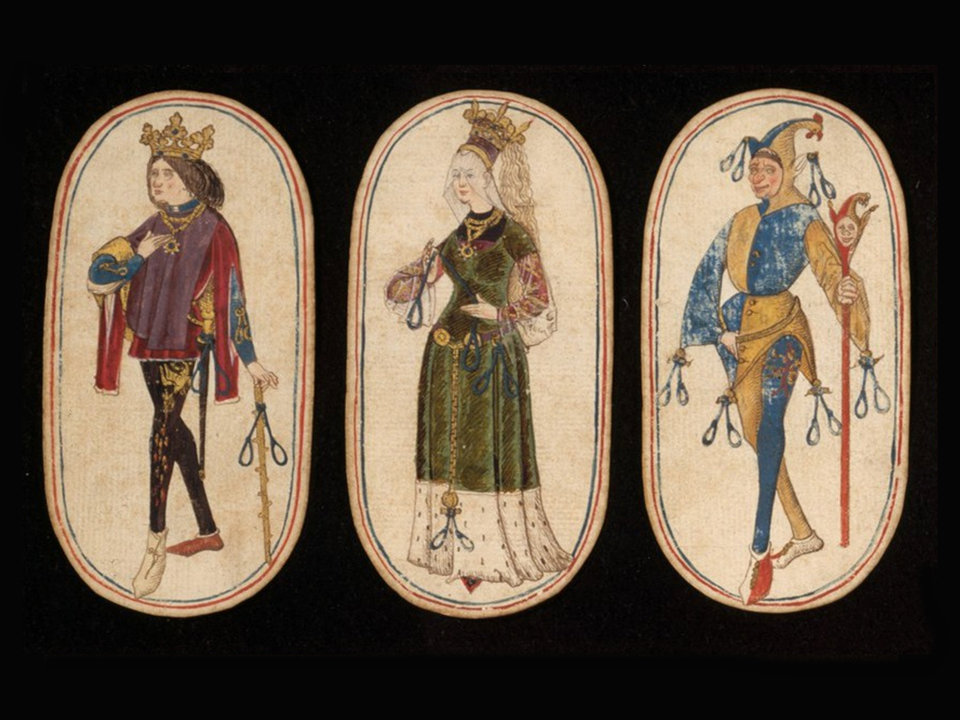 The oldest full deck of playing cards known, circa 1470-1480. The Metropolitan Museum of Art / Source: http://www.businessinsider.com

In 1983 the Metropolitan Museum of Art bought a 52-card deck of South Netherlandish playing cards $143,000. The cards dated from the 15th century and were in incredible condition — but they were almost lost to history. An Amsterdam antiques dealer was sold the pack back in the ‘70s for $2,800. It is now accepted that this is the oldest known full deck of playing cards in the world.

The cards themselves are also very interesting. Instead of the suits we know today, the four card categories are based on hunting gear, including hunting horns, dog collars, hound tethers, and game nooses. (Source)

6. BICYCLE CARDS: THE MOST ICONIC CARDS THAT HELPED AMERICAN TROOPS TO ESCAPE FROM GERMAN CAPTIVITY

The most iconic card decks in history are probably the Bicycle brand playing cards produced by the U.S. Playing Card Company. They are dating back to 1885, Since then Bicycle cards have been used by magicians, gamblers and card players all over the world.

In the 2nd World War special decks of Bicycle cards were sent to American POWs. When the cards got wet they peeled apart and by assembling them in a particular manner they revealed a secret escape map , This way captured soldiers could escape from captivity.

Decks of these cards are said to have helped at least 32 people escape from Colditz Castle and prompted some 316 escape attempts. No one knows for sure how many decks were produced, but the only two known surviving decks are in the International Spy Museum in Washington, D.C. (Source) 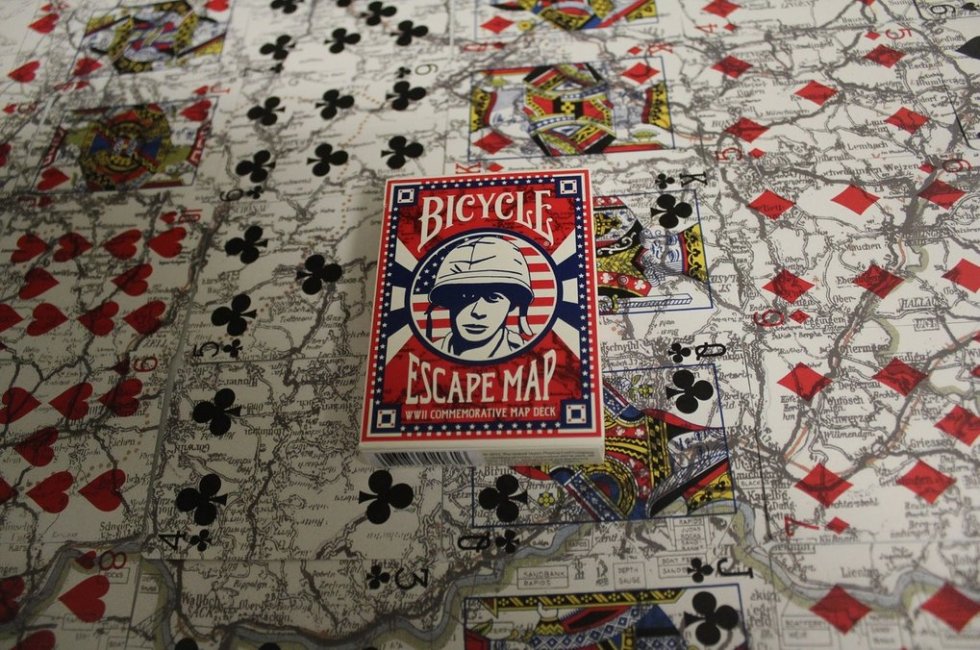 7. ACE OF SPADES CARDS WERE USED BY U.S. TROOPS AS A PSYCH WARFARE DURING THE VIETNAM WAR

The ace of spades  is traditionally the highest card in the deck of playing cards. In legend and folklore, it is also known as the Death Card.

In Vietnam, entire crates of Ace of Spades cards were shipped by the company to U.S. troops as it was believed at the time (later proven to be a myth) that the Viet Cong soldiers were superstitious of the card and would flee battle at the sight of seeing it resting upon the body of one of their dead. (Source)

8. KING OF HEARTS IS ALSO KNOWN AS THE “SUICIDE KING”

The King of Hearts – which is by the way the only King without a moustache – holding a sword behind his head, is sometimes nicknamed the “Suicide King”. This is a result of centuries of bad copying by English card makers where the king’s axe head has disappeared. 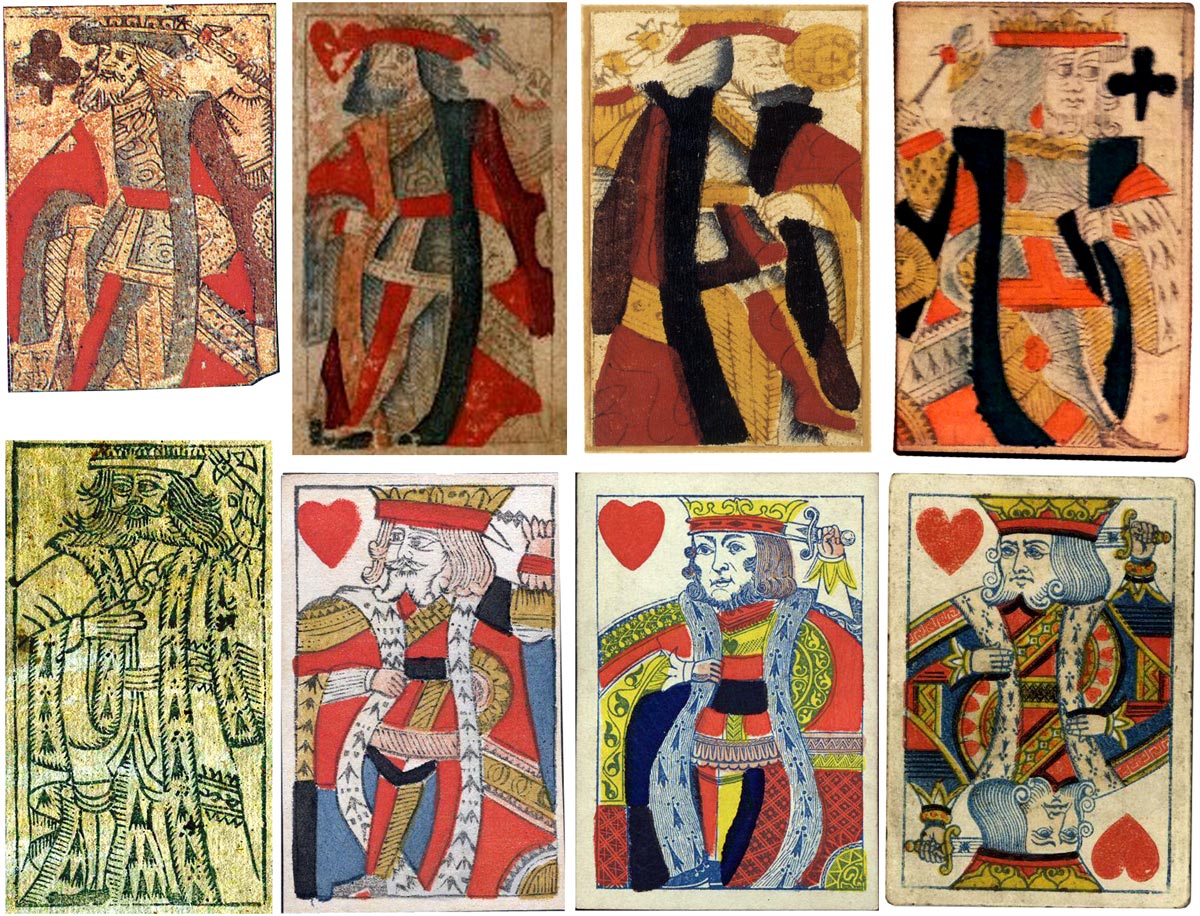