As the Oscar is inching toward our TV sets, let’s dive into the nominated movies coming out this month. They do not seem like the happiest or easiest movies to digest, but they are definitely some of the top movies of this year’s filmmaking. So if you are looking for a special cinema experience, this is your month, just don’t forget the popcorn!

2/9: Jackie:
With the extremely talented Natalie Portman comes the story we all know, but never saw from this perspective: the assassination of the young American president John F. Kennedy. Follow the First Lady as she handles grief, sorrow and exemplary strength and self-control. Portman was nominated for an Oscar in the Best Actress category, and she has a great chance of winning it. That should be enough reason to watch it, but the beautifully shot pictures and gorgeous fashion also play an important role in the movie. Check out the trailer here.

2/16: Moonlight: Moonlight tells the story of a young Afro-American man’s growing up in a rough neighbourhood in Miami. You see him become an adult and you follow his struggle to find his place in the world. With a Supporting Actress and Actor Nomination, the cast looks incredibly strong, with three different actors playing the protagonist in three stages of his life. As one of the most nominated movies this year (8 to be precise, head-to head at second place with Arrival), it is definitely worth a watch. You can find the trailer here.

2/16: Lion: Lion is a story of two worlds: one where a 5-year-old young boy gets lost on the streets of Calcutta and another where the same boy tries to find his Indian family 25 years later. This inspirational story is based on true events about Saroo, who got lost and was adopted by a family in Australia and later sets out to find his real mother. Based on the trailer it seems like a very emotional and beautiful movie, with great scenery and wonderful actors such as the protagonist Dev Patel or Nicole Kidman and Rooney Mara. Check out the trailer!

2/23: Manchester by the Sea: This film is an emotional story of a boy losing his father and receiving a new guardian in the face of his uncle. And the latter thinks he shouldn’t be up for the job. Follow them on a special journey, as they deal with this extraordinary situation. The movie promises a mix of feelings: love, anger, letting go and humor also. All three actors in focus were nominated for an Oscar; the young nephew played by Lucas Hedges only at the age of 20, received his first Oscar nomination ever. You can find the trailer here. 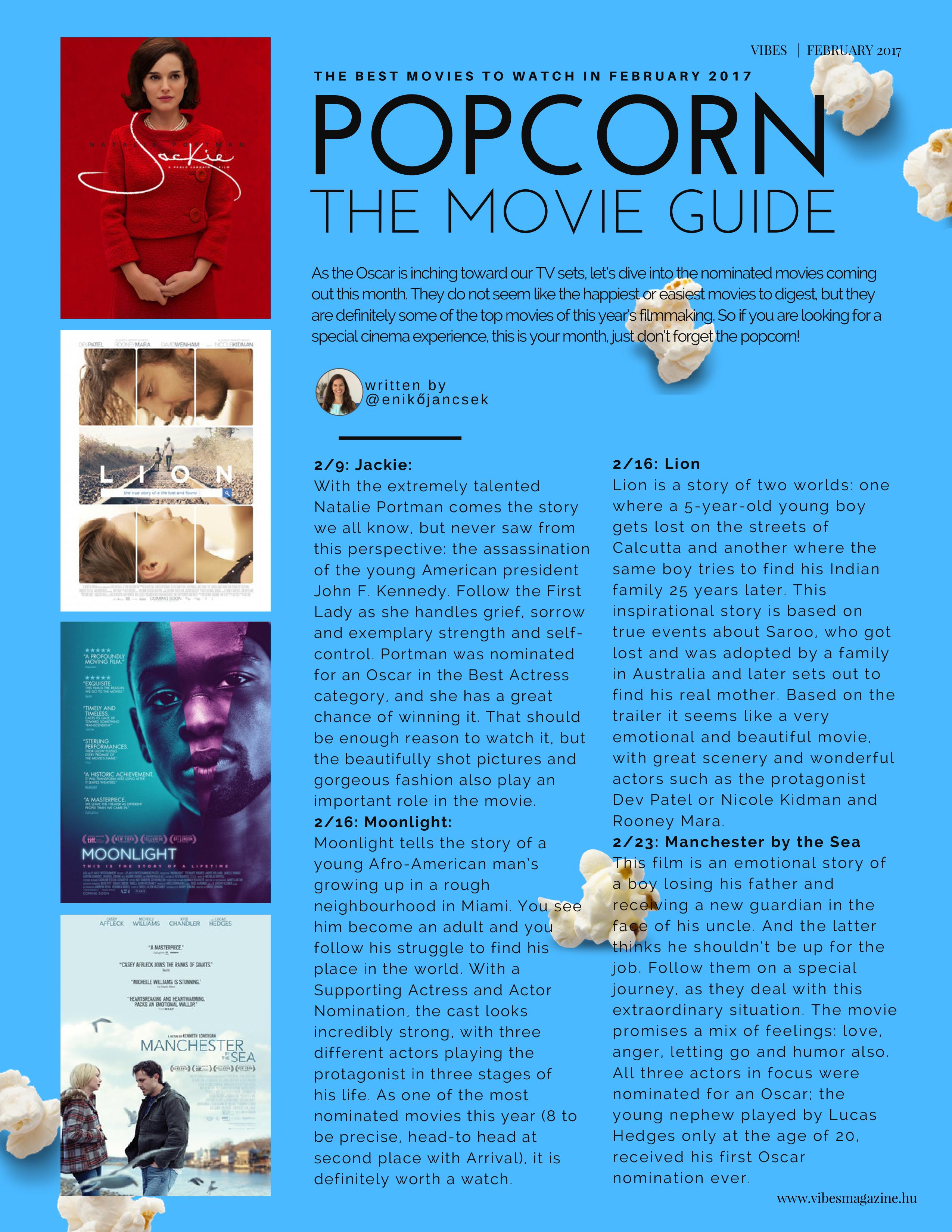