Ferenc Illy and his legendary coffee

WHAT ON EARTH COULD BE MORE LUXURIOUS THAN A SOFA, A BOOK AND A CUP OF COFFEE?

After graduating from secondary school he moved to Vienna, where he worked for two big Transylvanian companies. At the age of 22 he was conscripted into the AustroHungarian Army, and served from 1914 on almost every front of the First World War, including the Battle of Kraśnik and the Battles of the Isonzo.

After the war he first time went to Trieste, Italy where he studied economics. Soon he married a Triestine woman. There he founded there his company Illycaffè in 1933 that was dedicated to the three loves of his life: his wife, his city, his coffee. His first revolutionary invention was pressurized packaging in 1934.

In this new packaging system the cans were filled with inert gases instead of air pressurization. Illy coffee was soon “exported” outside the immediate Trieste area, and was eventually sold all over Italy.

One year later, he invented the Illetta, the mother of
all presentday espresso machines and a true innovation which, for the first time, separated pressure and heating elements.

The story is still being written today by President Andrea Illy, representing a third generation of Illy family leadership. 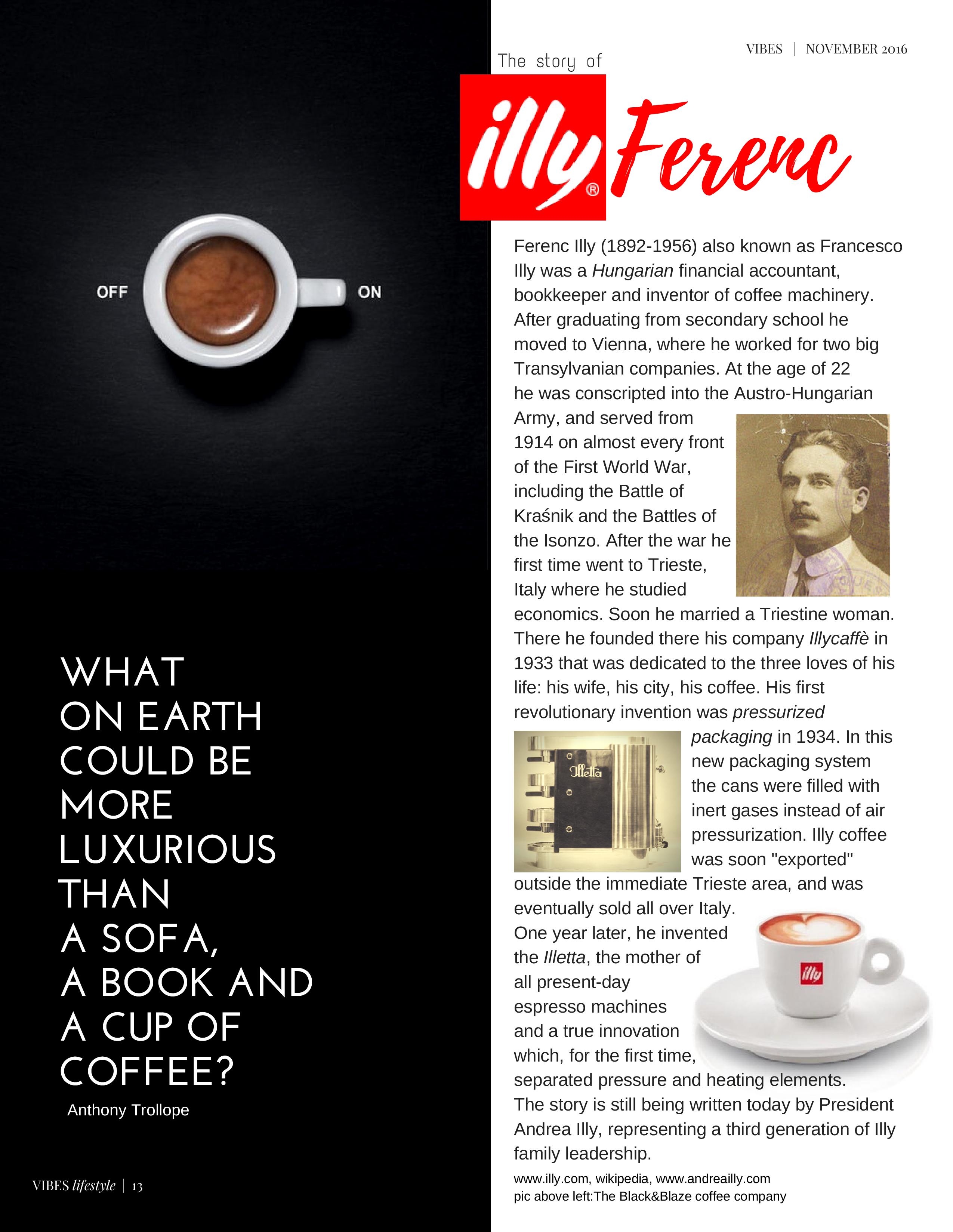