The “Peach emoji” scandal which has just recently exploded all over global media made me even more aware of the increasing role of emojis – emoticons. Literally half of the world’s population was outraged and went on strike against the new “Peach” emoji. Why? Because it was a bit too realistic – it didn’t really look like a butt anymore. But I have good news for you! Your prayers have been answered! Apple released a new beta with an even more butt-like peach emoji! 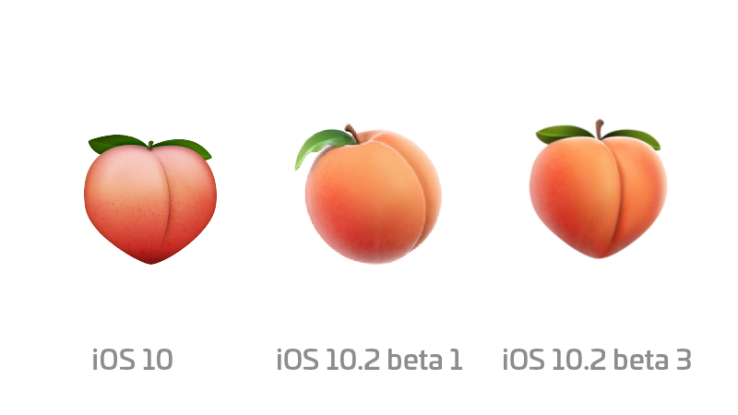 There is some scepticism around Emojis but the first international Emojicon conference that was held in San Francisco, California in November 2016 clearly shows its increasing importance and power. We can’t deny that they have been imperceptibly built into our everyday life and we never even noticed anything. Professor Vyv Evans, UK linguist said:  “Emoji is the fastest growing form of language in history based on its incredible adoption rate and speed of evolution.” With their help we can express our emotions, the things we would normally express with mimics and gestures, a lot better and more precisely through this new form of non-verbal online communication. The first emoji  was created in 1998 /1999 in Japan by Shigetaka Kurita who was part of the team working on the launch of i-mode (a mobile internet in Japan.) The word emoji already existed in the  Japanese language. In the EDO era* they used emoji-like things to teach prayers to those who couldn’t read or write to teach them.

Originally meaning pictograph, the word emoji comes from Japanese E (絵, “picture”) + MOJI (文字, character”). The resemblance to the English words emotion and emoticon is purely coincidental. Unconsciously we mimic human emotions and expressions while having a verbal communication to show empathy towards others and to build relationships. In digital communication we use emojis instead. According to scientist’s recent discovery when we look at a smiling face online our brain translates it as if it were a real smile. Actually social media culture has created a new brain pattern. Emojis become our tone of voice, our mimics, our gestures in the digital non verbal communication. We can’t deny that we just love them and not only us! For example the Australian foreign affairs minister, Julie Bishop gave to Buzzfeed the world’s first political interview entirely in emoji!

*is the period between 1603 and 1868 in the history of Japan, when Japanese society was under the rule of the Tokugawa shogunate 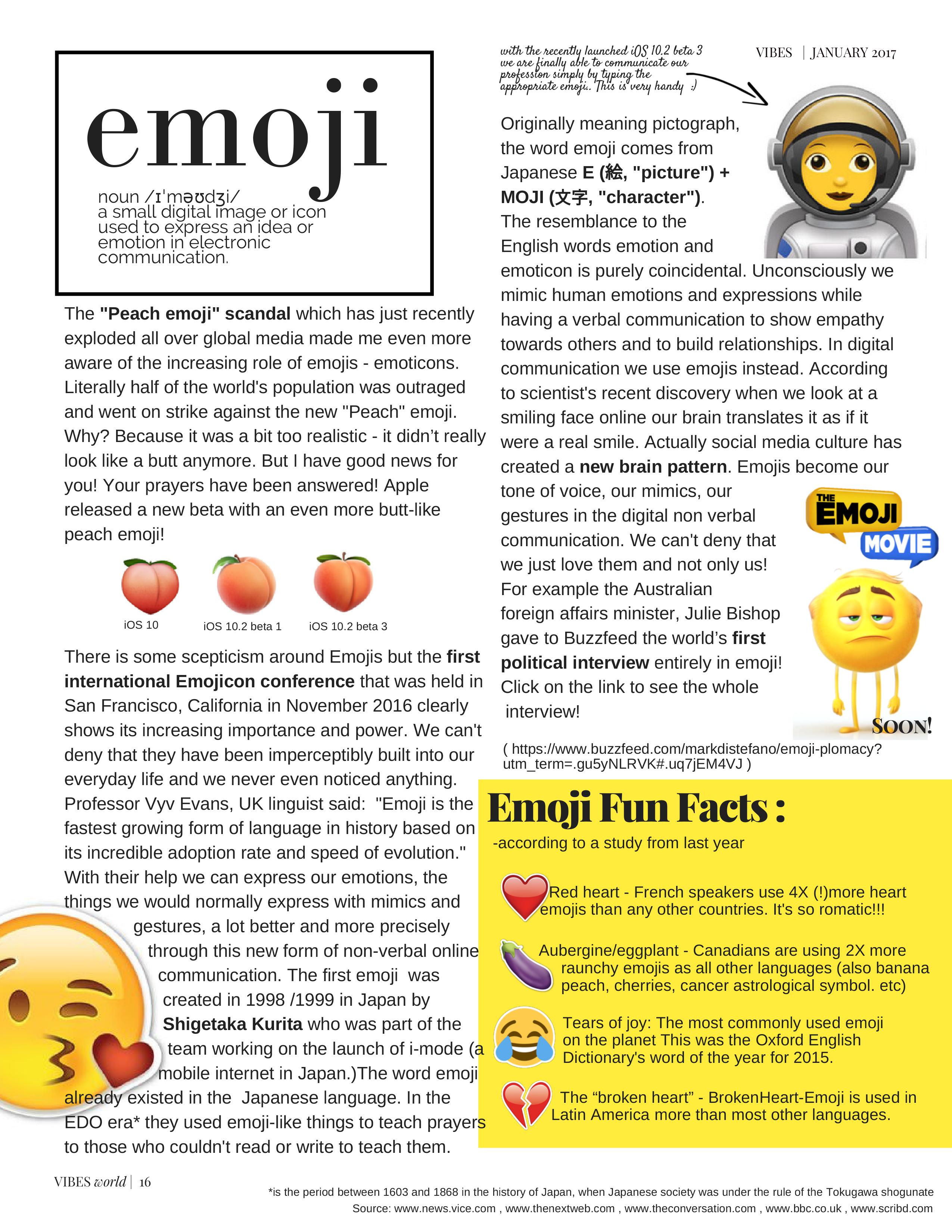