Greenland: A mysterious land through the eyes of Mary Katona – Interview

This month we had an interesting interview with Mary Katona who took us to a faraway land. To the land of Inuits, the island of whales and polar bears: to Greenland.

You can download this article in PDF for free here: Greenland through the eyes of Mary Katona – Vibes Magazine / September 2017 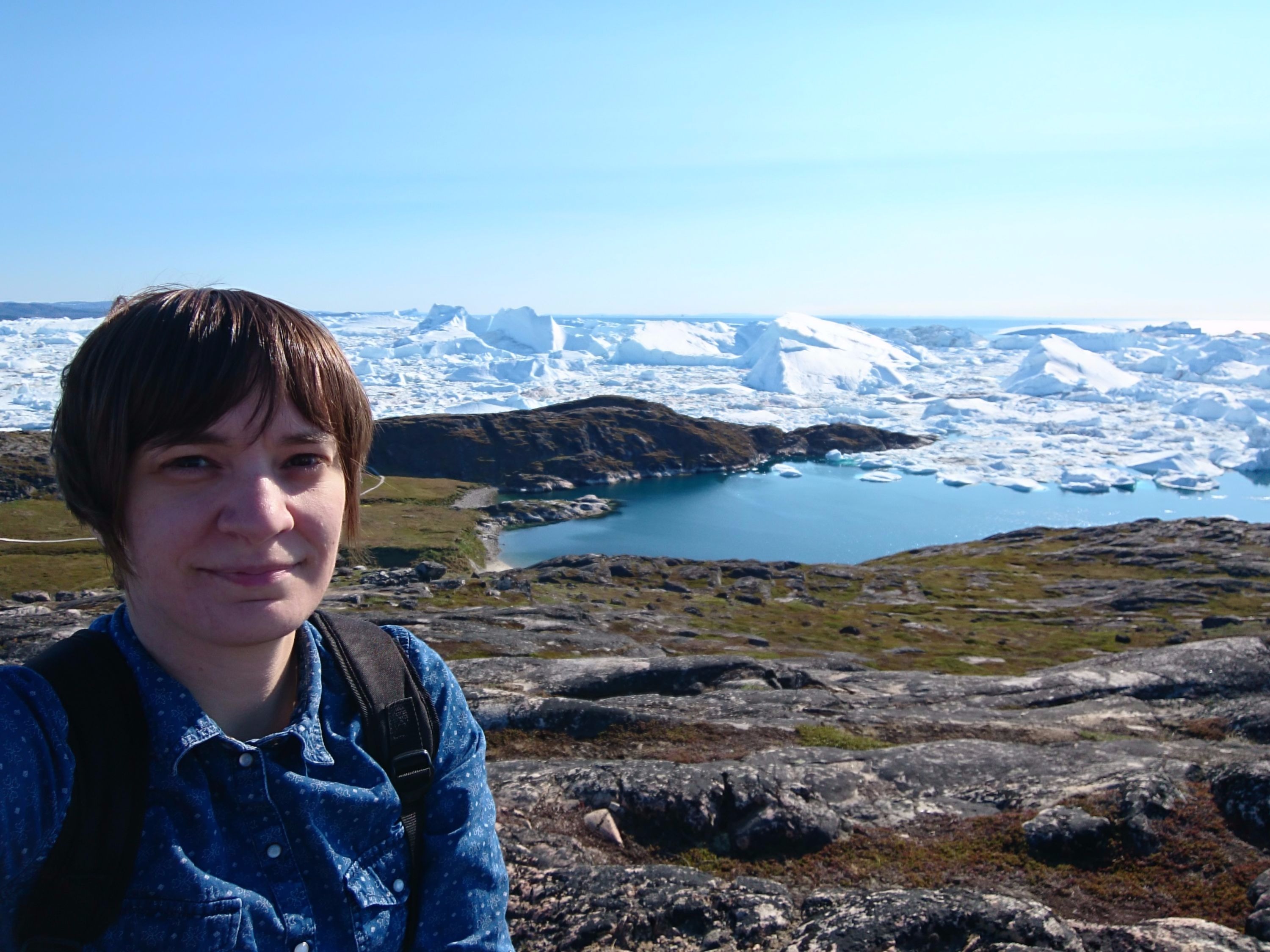 Vibes: Tell us a bit about your background. When and how did you become interested in Greenland? How did your interest become your passion? When did you decide to move there? What are you doing to earn a living there? I’m pretty sure you have already heard this many times, but please do tell us: Why Greenland? 🙂

Mary: Since my early childhood I had a passion for soccer and I have always supported for Scandinavian soccer teams. I wanted to study Scandinavian Literature and Culture on a university after secondary school, but I was told that degree will be useless in Hungary.. I still regret that I didn’t apply for that course. I still have passion for Scandinavian culture and when I had an opportunity to visit Iceland in 2005 to watch a soccer match between Iceland and Hungary, I fall in love with that country and my interest in Greenland started that time too. I prefer cold and isolated countries with a low population. I guess it has something to do with the fact that I am introvert. 🙂 I started to run a blog about Greenland a year ago, and thanks for that blog I had the opportunity to get to know Inuit people, and I became friend with a lady and it happened that she was visiting Budapest with her boyfriend last autumn and we had a chance to meet in person. Then they invited me to visit them in Ilulissat. So I have spent the summer there as their guest, I didn’t work because Hungarians need a work permit to be able to work there and you also need to speak Danish to get a job. Unfortunately I don’t speak Danish so it’d be really difficult for me to get a job there.

Vibes: What surprised you the most when you first arrived?

Mary: Maybe the weather. 🙂 It was way too nice. Nice and warm, like spring time in Hungary. Many people think: oh, it has to be cold in Greenland. But it’s not true, during summer it’s really nice to be there, you can enjoy the sun, you can enjoy staying outside in a T-shirt, you don’t need to put a lot of layers on. Of course during winter it is cold there too. 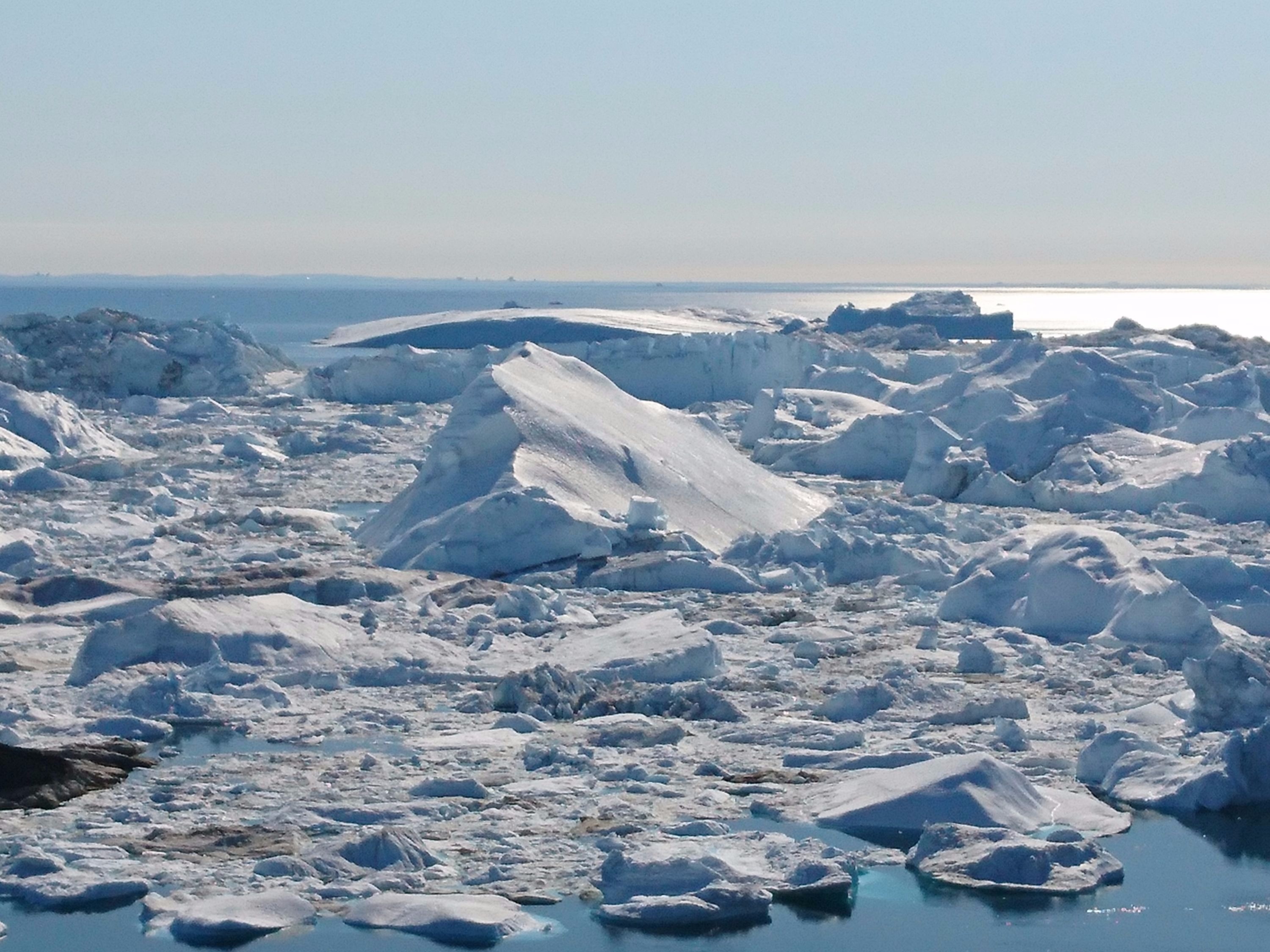 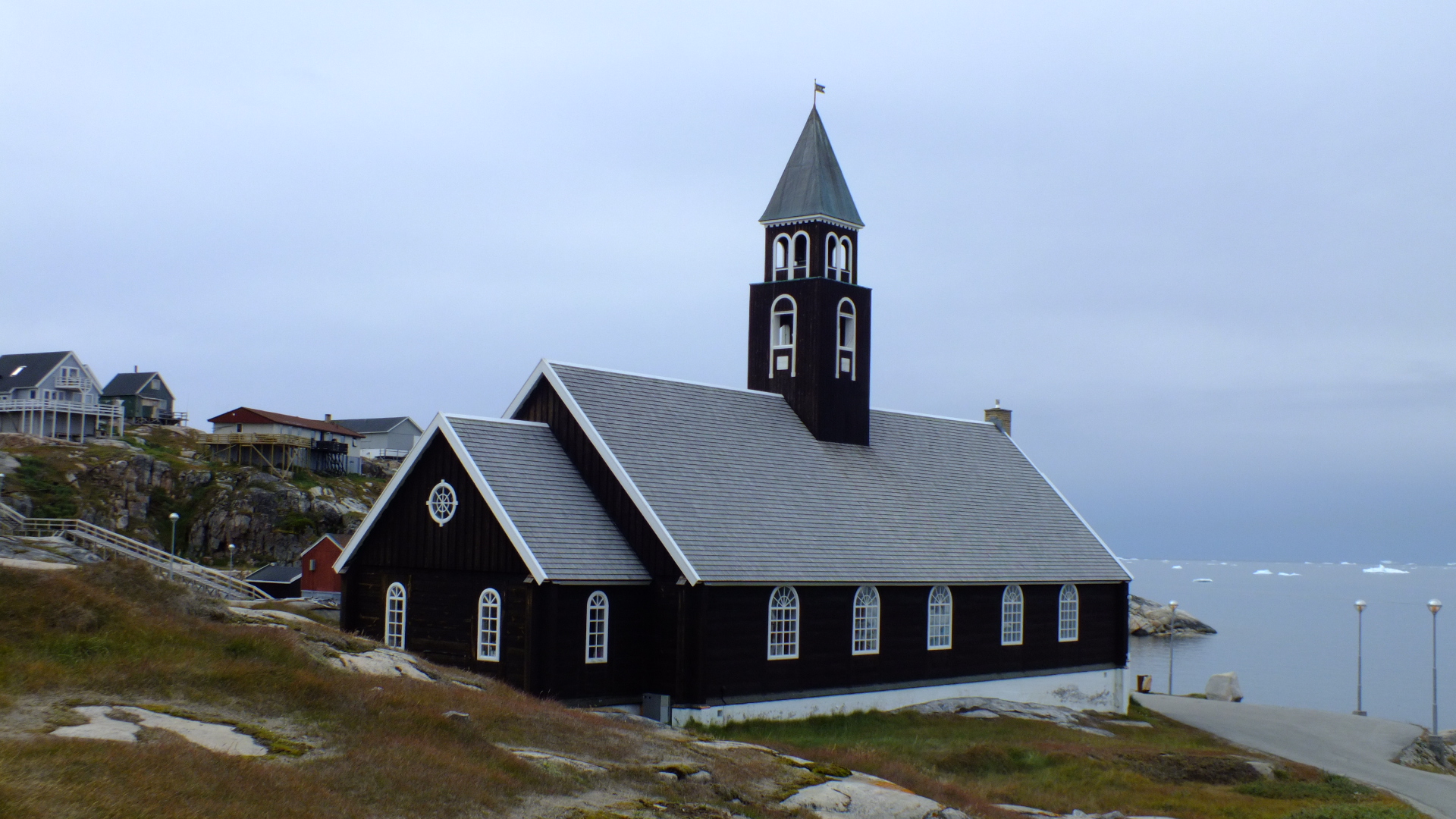 Vibes: How did you communicate with the locals?

Mary: In Ilulissat there’s only a few percentage of people who speaks English, people working in tourism. The official language is Kalaallisut (Greenlandic) in Greenland but most of the people there speak Danish too, as before 2009 Danish was the first language there. When I really needed I asked a Danish lady to interpret for me. I didn’t go out much because of the language barrier.

It is really an unfortunate when you love a country, but you can’t communicate with the locals because you can’t speak their language. 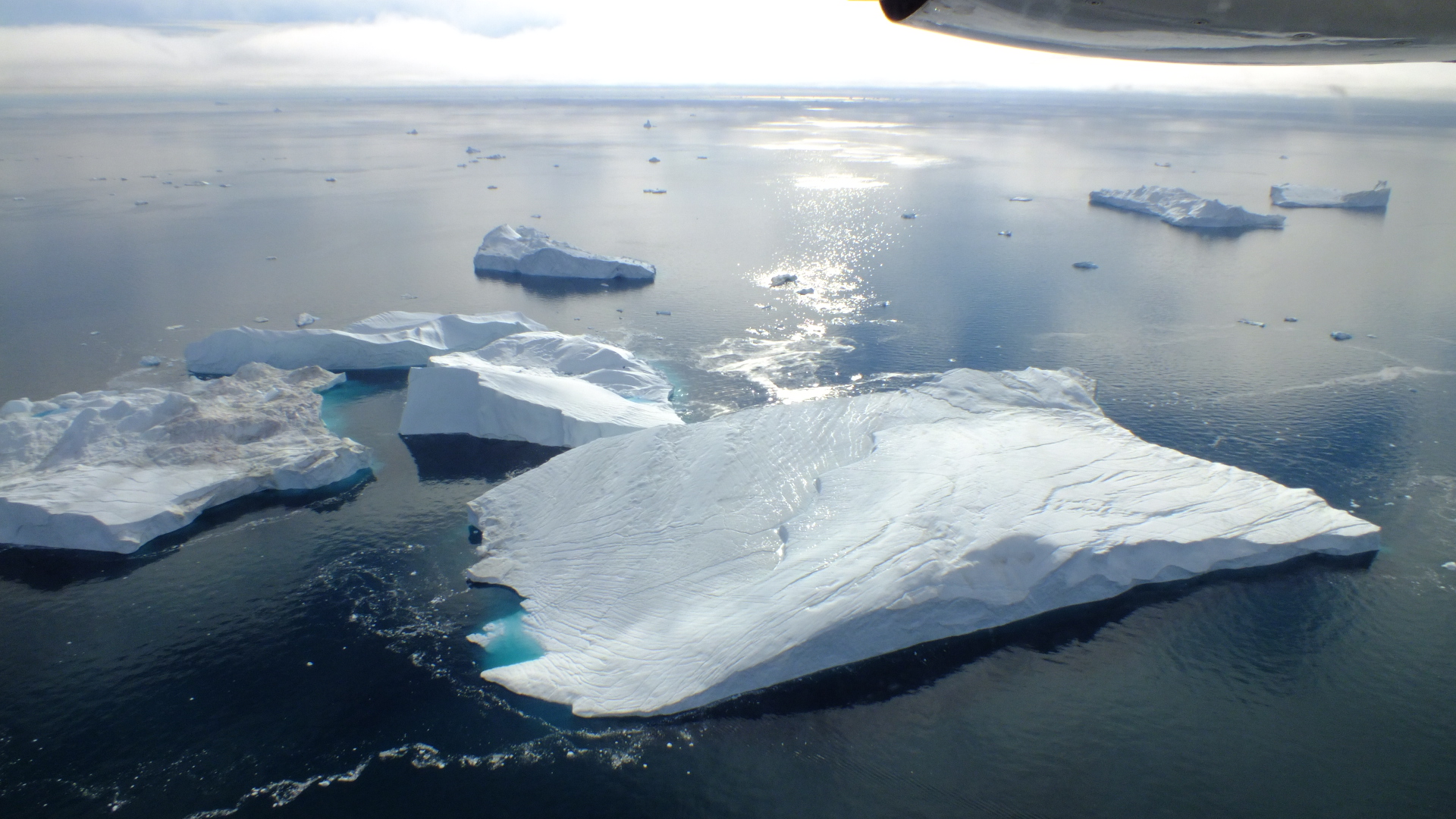 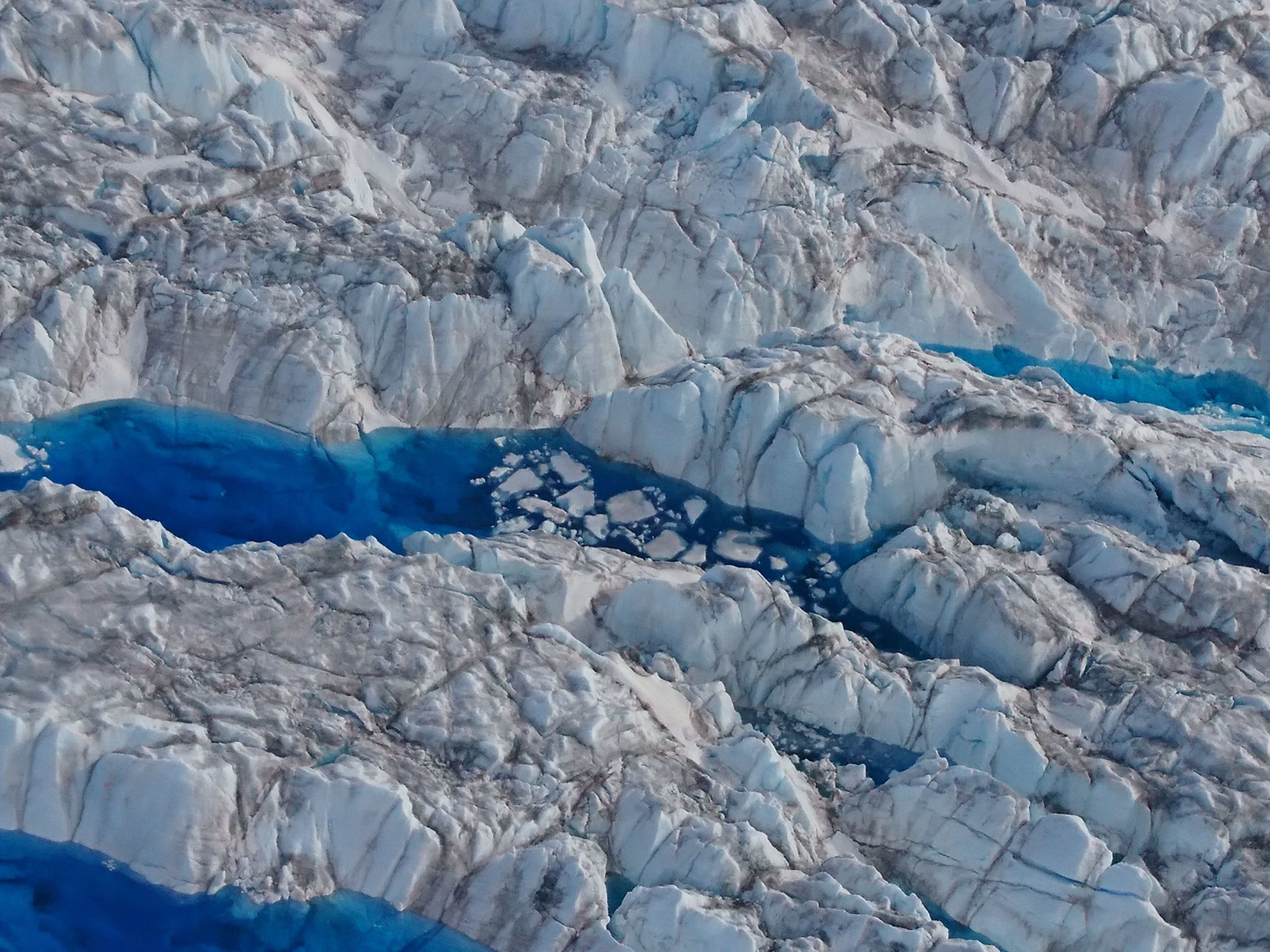 Vibes: How would you describe your daily routine in Greenland?

Mary: As there’re no roads between towns, you can’t go anywhere really, only by plane or boat. I used my time there to explore the city, I went hiking, took a lot of photos, just tried to enjoy my time there.

Vibes: Could you tell us a little about Greenland and the Greenlanders? How is life in Greenland? Do they have a specific lifestyle over there?

Mary: Greenland is a really beautiful country with a beautiful but difficult language to learn. Greenland is part of Denmark, they have to import most of the things from there. On the south there’re farms where you can grow vegetables or keep sheeps for example. People are trying to keep their traditions alive, like seal hunting, but in bigger cities you can see the signs of westernisation, what has negative and positive impacts too. Personaly I like to experience the old traditions of a nation, I really hope they can keep the old traditions alive forever in Greenland. I think the locals are easy going, they don’t worry too much about things (not like Hungarians), I think they are distant and too cautious sometimes with foreigners. I have met with some really nice and friendly people there, I wouldn’t stereotype them, like in any other countries there’re nice and jerk people there, too. 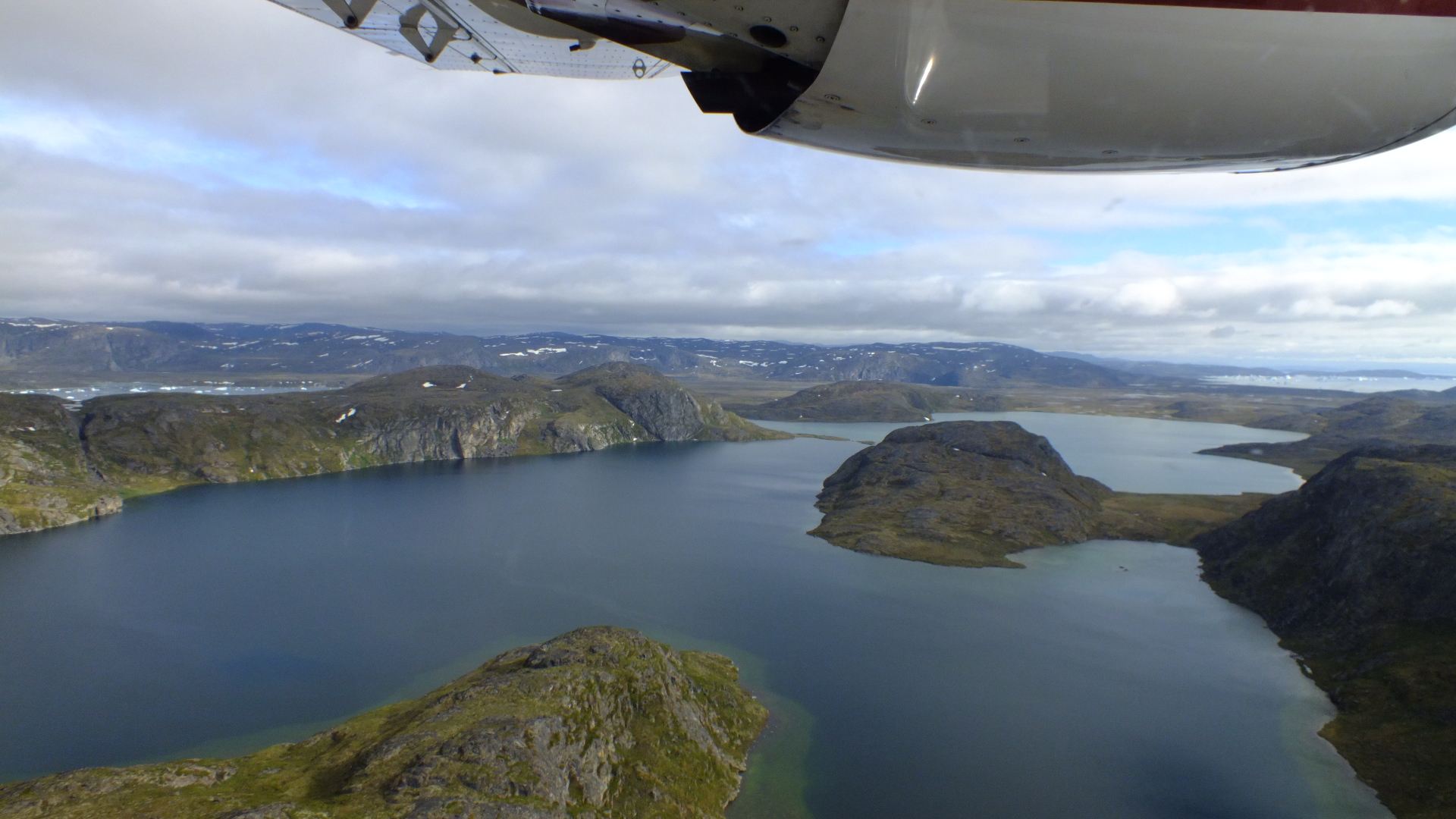 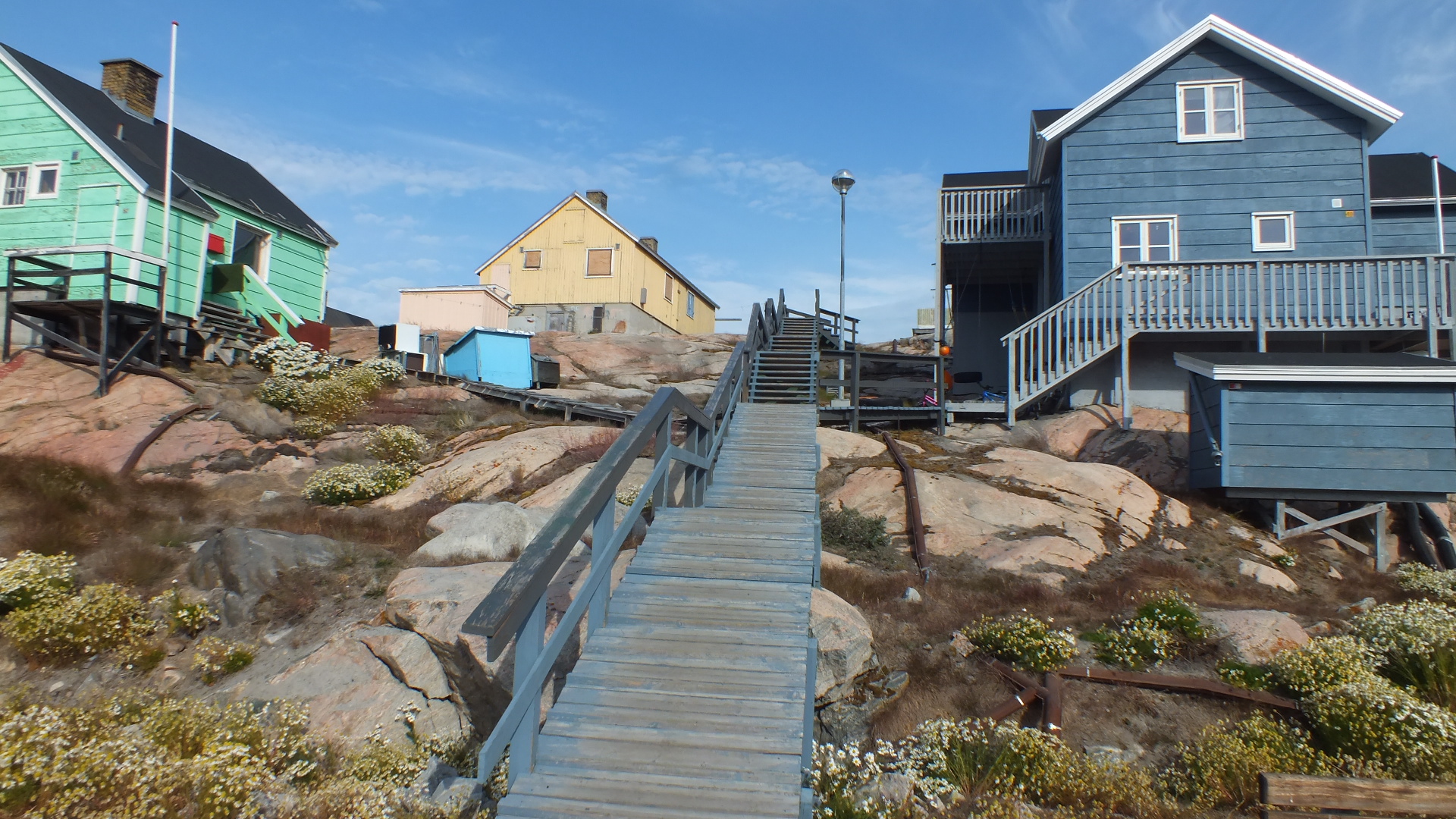 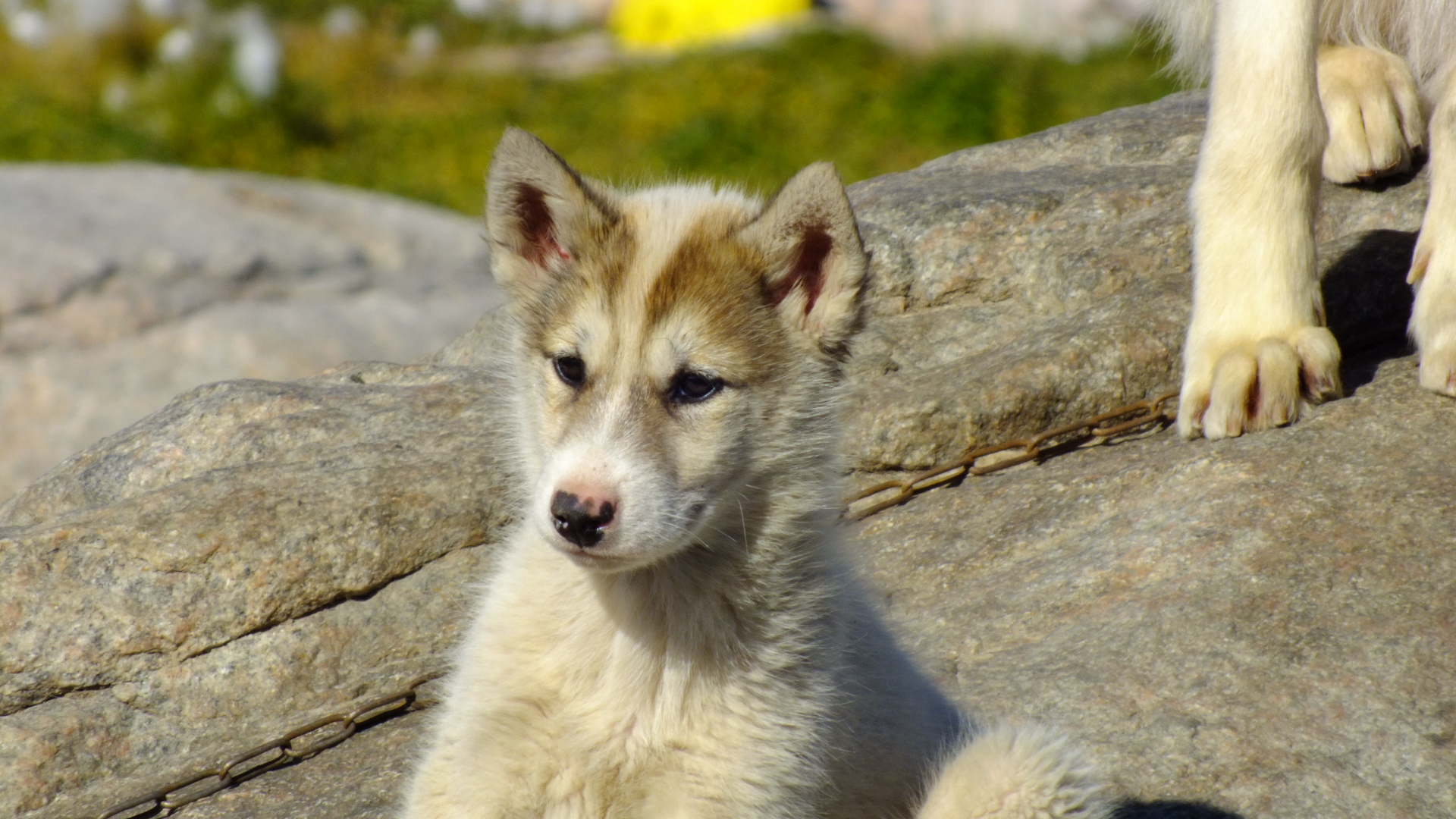 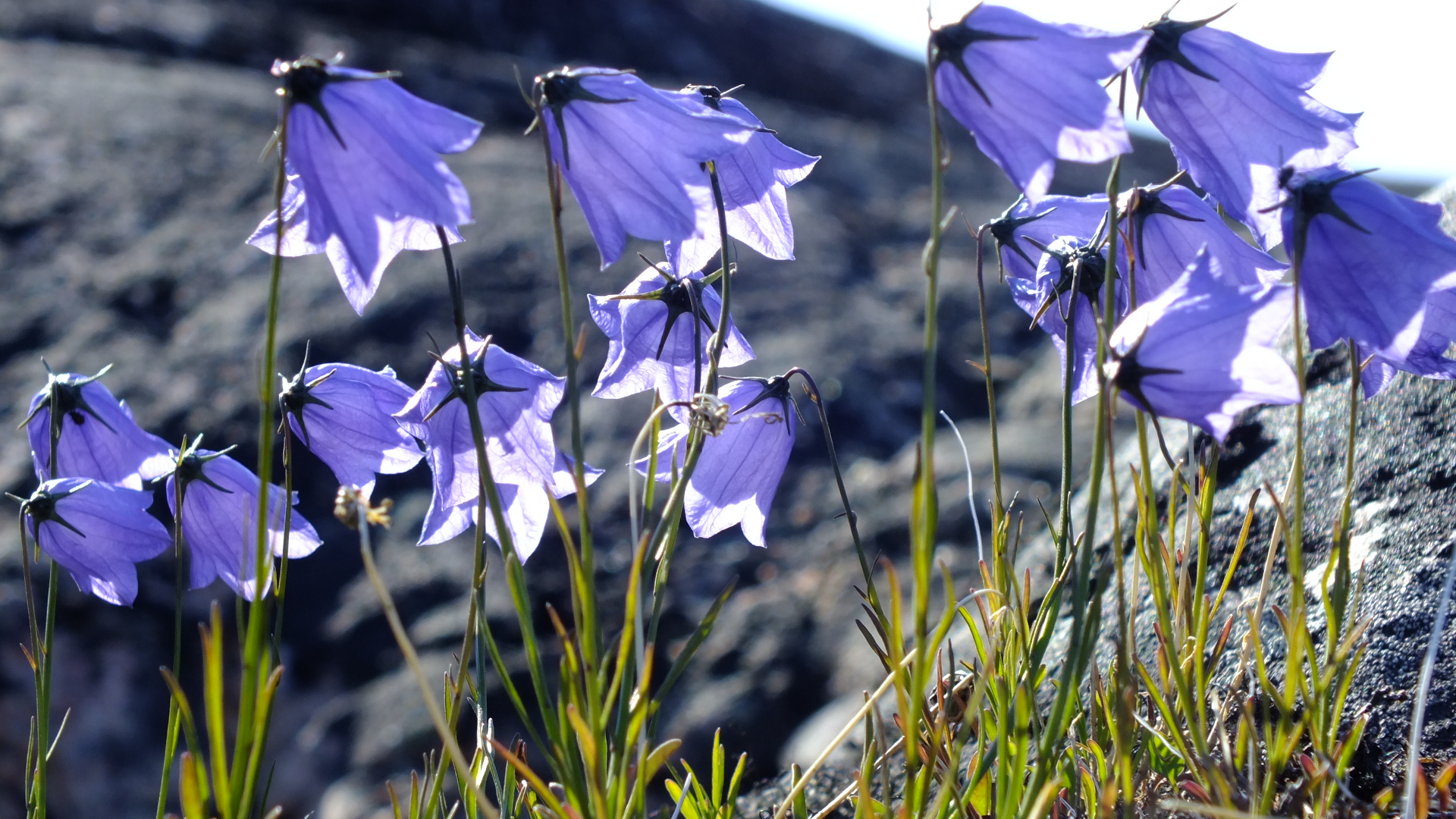 Vibes: You spent 77 days in Ilulissat, the third largest city in Greenland. How was it? How does Ilulissat compare to other cities on the island?

Mary: Ilulissat has a population of around 5000. Ilulissat is located about 350 km north of the Arctic Circle. It is a very popular tourist destination, mainly because of its UNESCO area, the Ilulissat Icefjord and this is the city where the great explorer Knud Rasmussen was born. There’s a lot of sleddogs in Ilulissat, almost as much as humans. It was interesting seeing that many dogs, they were so cute, specially the puppies. But they are working dogs, not pets, so they are on chain most of their lives and only getting some freedom when they are pulling a sled. No other breed of dogs are allowed in the city, only Greenlandic sleddogs. You can find all kind of shops, restaurants, companies in Ilulissat, there’s a lot of tour agencies, hotels, grocery stores, but you have to keep in mind it’s a small city and you might find only one hairdresser or one bookstore in the city. You have to deal with the fact, there’s less options, selection of products there. And don’t expect a high speed internet or free wi-fi in cafés, hotels or restaurants. After a few weeks when I explored the whole city, I felt kinda bored, as you can’t leave the city only by boat or plane, you feel locked in yourself, what is not a good feeling. Of course it’s easier when you can speak the local language then you can have more fun. But for me it wasn’t the best summer. The nature was amazing, you can’t see the same icebergs on two following days, we even had some snow in July, that was really cool. It was a great experience, I miss the nature, specially the harbour with the boats and the sea.

Vibes: What are some of the local habits? Has anyone ever invited you to participate on a muskox or caribou hunt?

Mary: Unfortunately noone invited me, I’d love to go to a caribou hunting one day. But it was difficult to get involved in the local life because of the language barrier, and I felt bad asking a Danish lady to interpret for me all the time. There’s a few English speakers in the city who can arrange you any kind of activities if you rich enough. Greenland is an extremely expensive country for an average Hungarian.

Vibes: The country’s coat of arm is a polar bear in a blue shield where polar bear symbolizes the fauna of the island. Is it common to see polar bears over there? Have you seen one? 🙂

Mary: Oh I wish I have seen one. I love polar bears. But it’s really very rare to see them at the area of Ilulissat. There’s more chance to see polarbears on the northeast and northwest of Greenland. 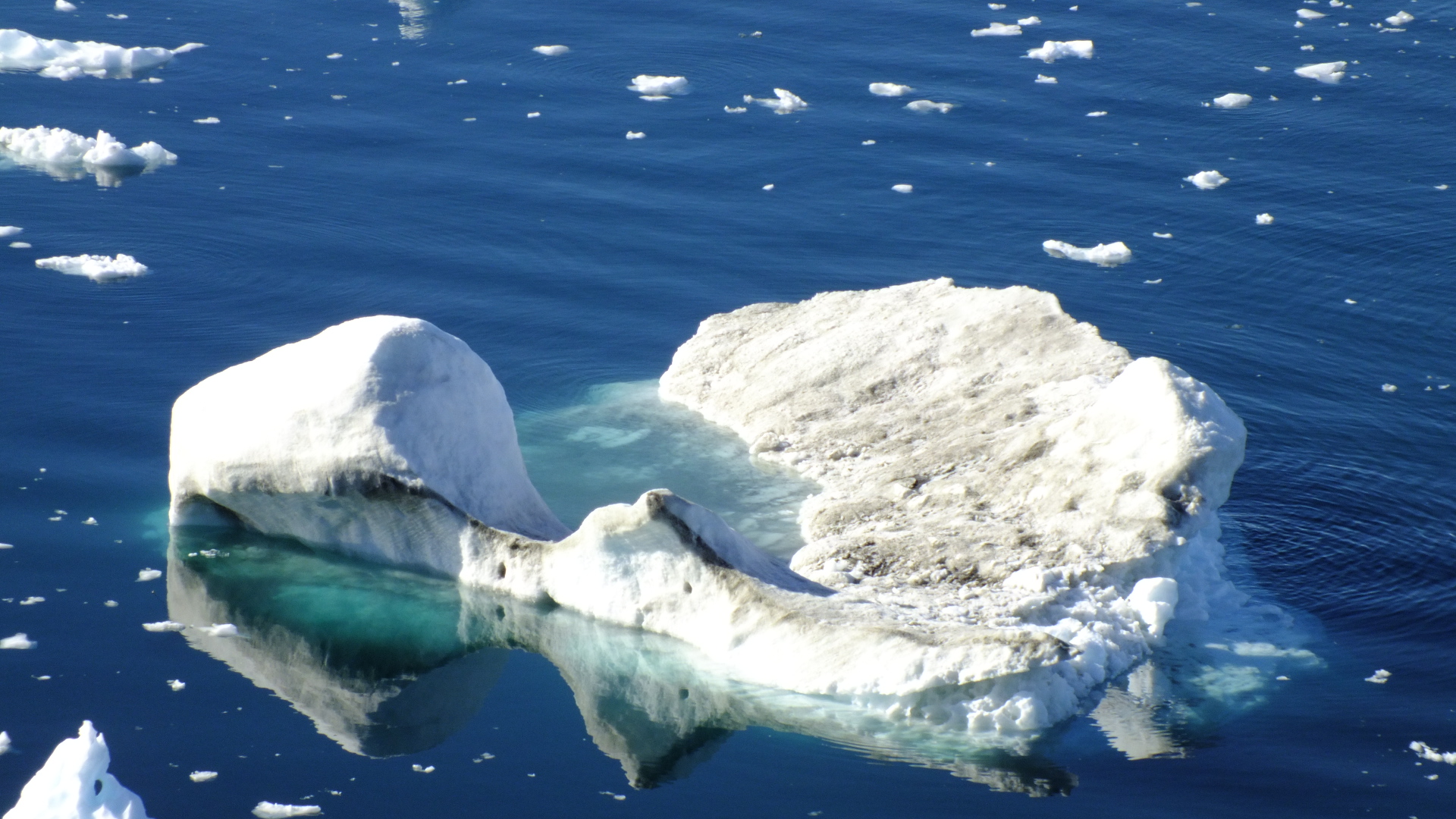 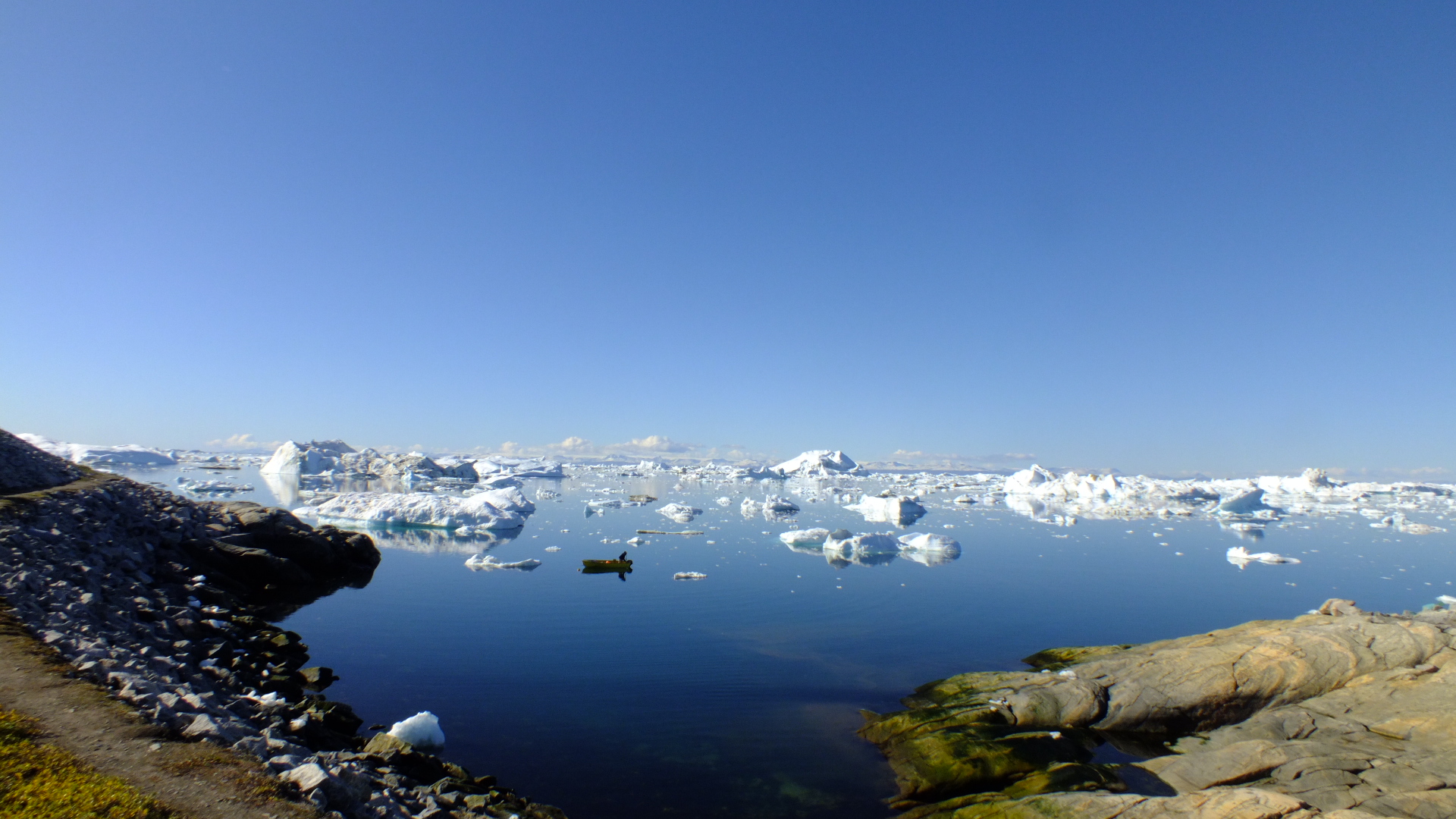 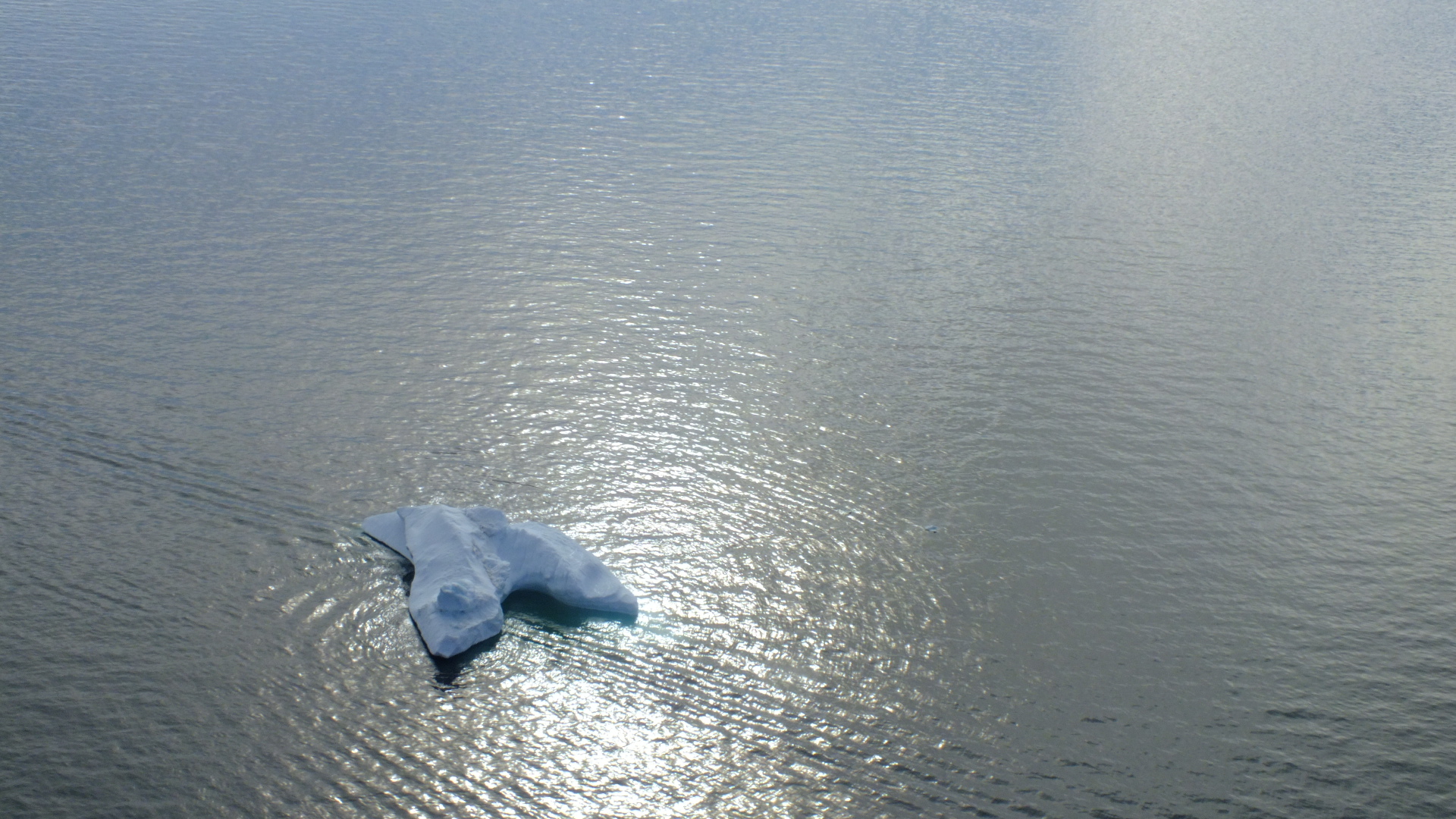 Vibes: What about Greenlandic cuisine? I believe they eat lots of fish, but how would you describe a typical Greenlandic dish?

Mary: They eat a lot of fish, raw meat, seal meat, muskox or caribou. I had the chance to taste whale meat and muskox, they tasted like lamb or reindeer for me. My acquaintances usually made Danish meals, so I had to go to a restaurant to eat something traditional Greenlandic.

The national dish of Greenland is called suaasat, what is a traditional Greenlandic soup. It is usually made from seal or whale, reindeer or seabirds, with onions, potatoes, and it’s simply seasoned with salt and pepper.

Vibes: What is the main difference between Hungarian and Greenlandic culture. Or we should rather ask the question: is there anything in common at all?

Mary: I would say there’s nothing common in the two cultures. There’s a similarity in Greenlandic and Hungarian grammar, both languages using a lot of suffixes after the root of words. And also there’s similarities between the Hungarian and the West Greenlandic national costumes. Both are colourful and using similar embroidered floral patterns.

Vibes: What kind of festivities do the people of Greenland have? What do they celebrate? How do they behave? What are some of the local traditions?

Mary: They are celebrating the usual christian events, like Christmas, Easter, etc. similarly to the Danish traditions. There’s a lot of festivals in Greenland, like music festival, snow festival, gay pride, cultural festivals. One of the most famous events is the Actic Circle Race in Sisimiut, it is a 160 kilometer long, cross-country race, the toughest cross-country ski race on the world.

Vibes: Let me congratulate you on your recent photography exhibition called Dreamland – Greenland. Was it Greenland that ignited a special spark which fired up your artistic inspiration or was it simply the fact that you love photography anyhow?

Mary: Thank you. I love photography, I am just taking photos in my free time, during vacations, mostly nature, landscape and macro photos what I like. And when I started my blog about Greenland(www.gronlandweb.com), I had an opportunity to do an interview with a pilot and by seeing his photos I got the idea to exhibit his aerial photos among with a Budapest based Greenlandic copywriter’s amazing photos. I also wanted to do an exhibition from my photos for many years to show people the places in Iceland or in Lapland where I spent a few months too, but I am not professional photographer and never thought my photos would worth to exhibit. But many people told me I should exhibit my photos of Greenland and I have met with an American art director who works for an art café in Budapest, she liked my photos and I will have an exhibition next year in that café. I also will organise other Greenland related exhibitions (stamp, photo) next year just to inspire people to visit Greenland, read more about this amazing country, get to know its Inuit culture. 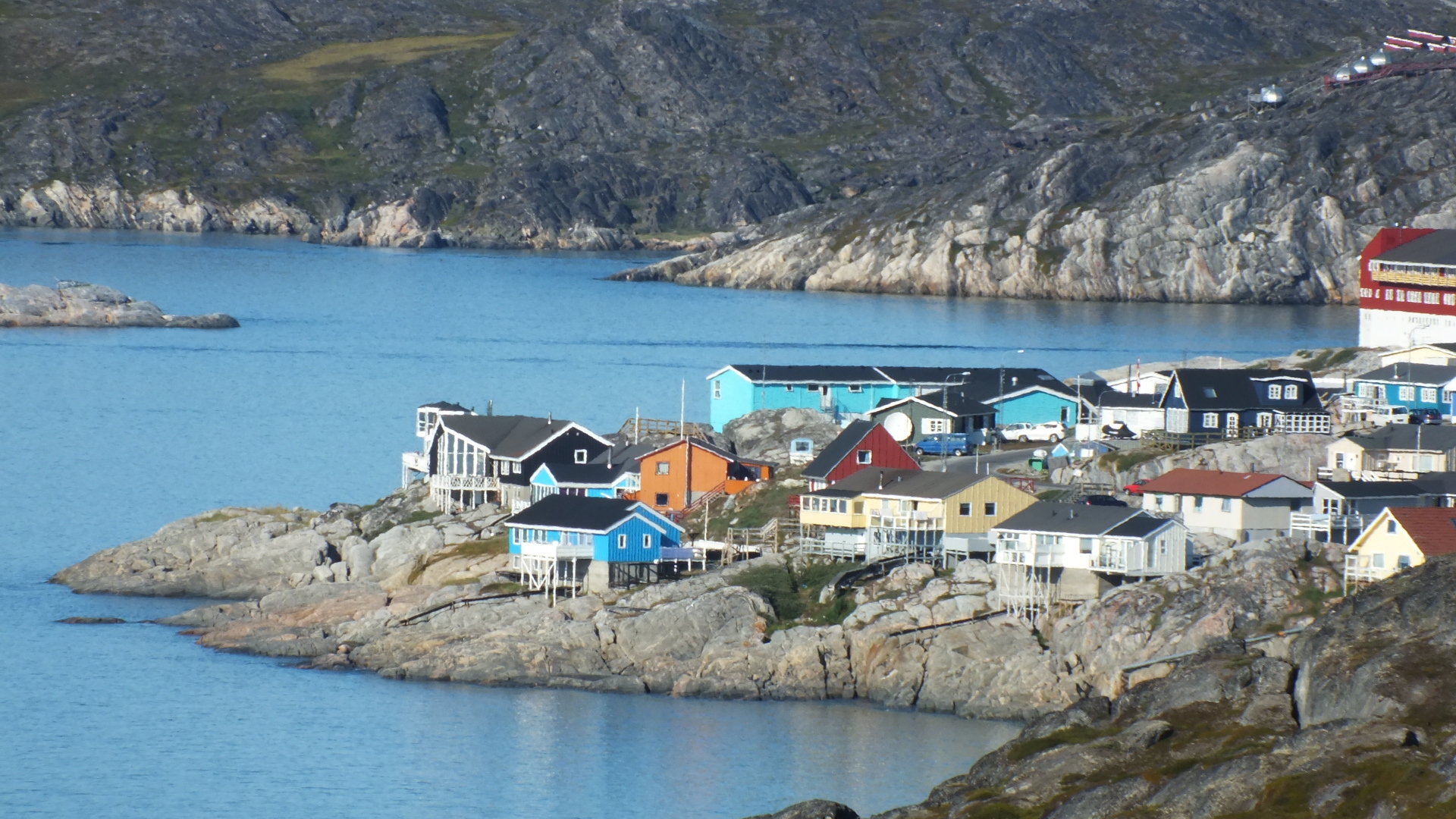 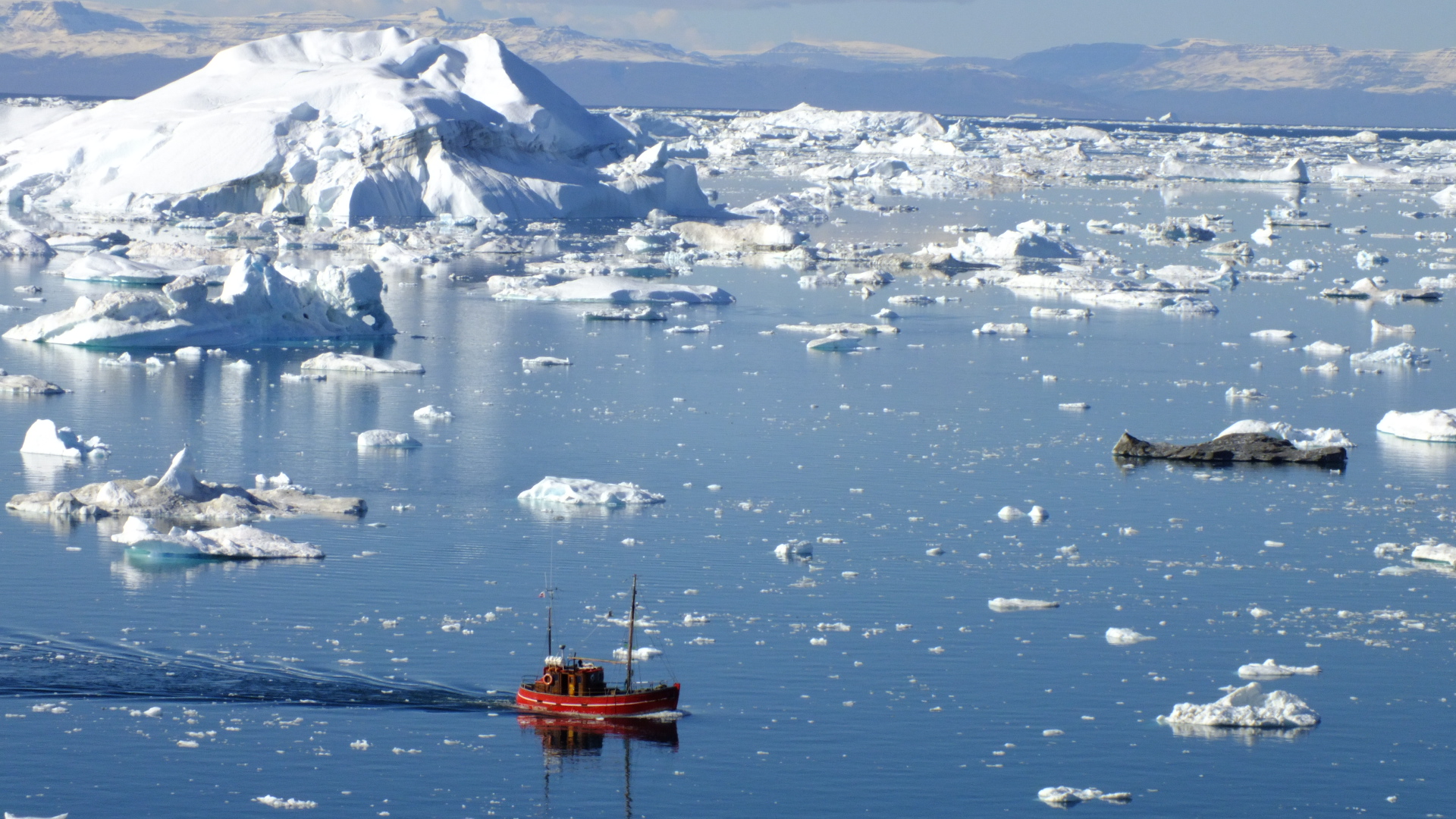 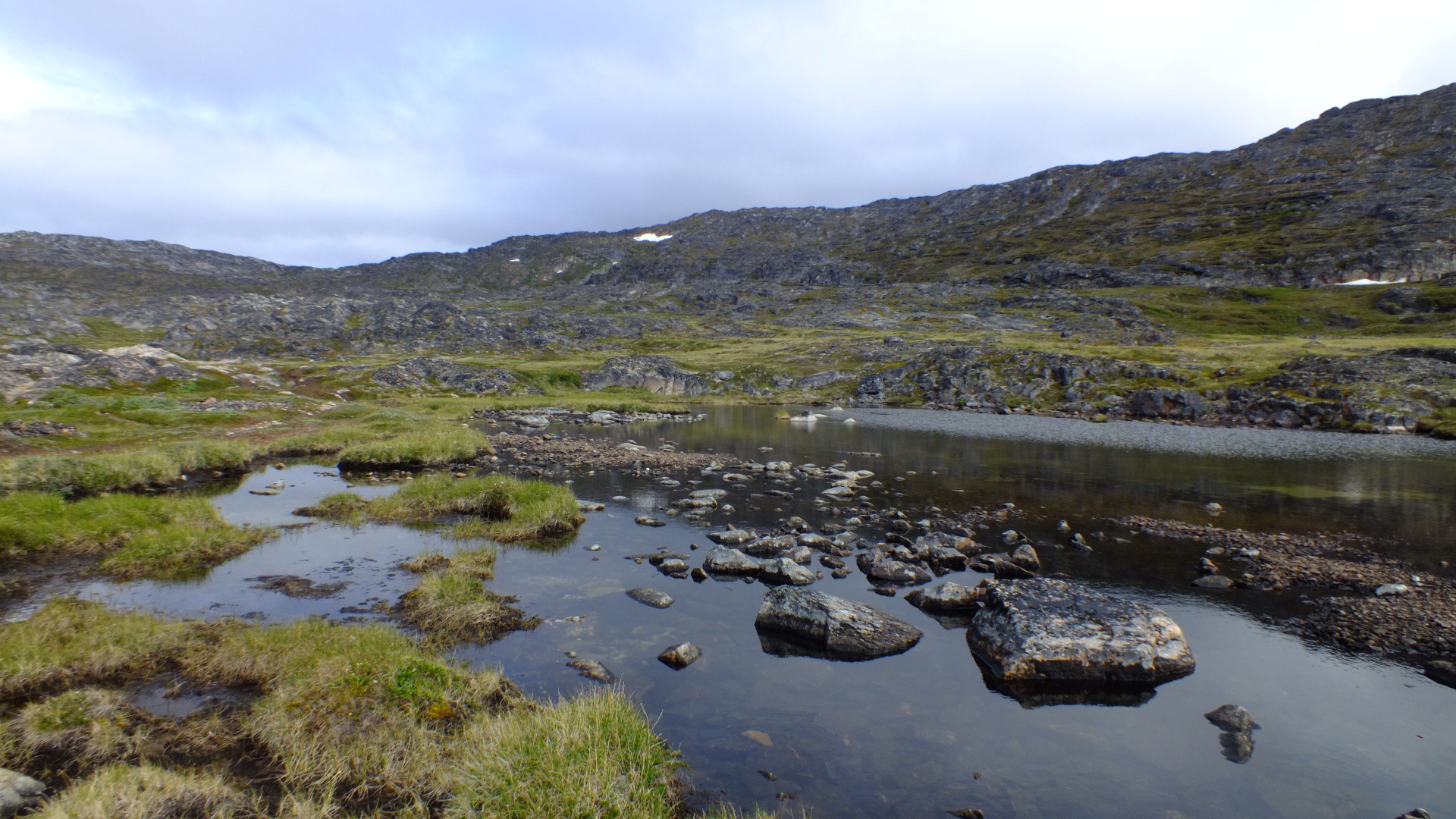 Editor’s note: The answers of the interviewee were provided in English and deliberately left unedited in order to preserve the authenticity of the text.