They say: Italy is always a good idea. 🙂 Even if the phrase is not exactly like this, we love every corner of this country. It’s only January but we decided to start chasing away the winter. This time we are travelling to the island of Capri, an enchanting island in the Bay of Naples, Italy. We gathered 12 reasons (but not limited to) why you should add this beautiful jewel box to your bucket-list.

When you think about the island of Capri probably the first thing that comes to your mind is Capri’s legendary trio of sea giants. Their names are: Stella (109 m), Faraglione di Mezzo  (82 m) and the third, Faraglione di Fuori or Scopolo (106 m).

According to Wikipedia the word “faraglioni” (singular faraglione [faraʎˈʎone]) is derived from the Greek pharos or Latin pharus (“lighthouse”) and is cognate with the Spanish farallón.

The gigantic coastal rocks rising up out of the Mediterranean Sea in the Bay of Naples can be admired from several great spots in the island. Capri’s mountain, Monte Solaro is probably one of the best viewpoints, but you can find amazing panorama spots in a beautiful garden not so far from Capri town centre, called Giardini di Augusto as well.

To admire them from closer you have to walk down to the Belvedere of Punta Tragara. You have to follow Via Tragara which will lead you down to the path to the Faraglioni and for those who want to sail between the rocks it is of course possible to take a boat trip 🙂 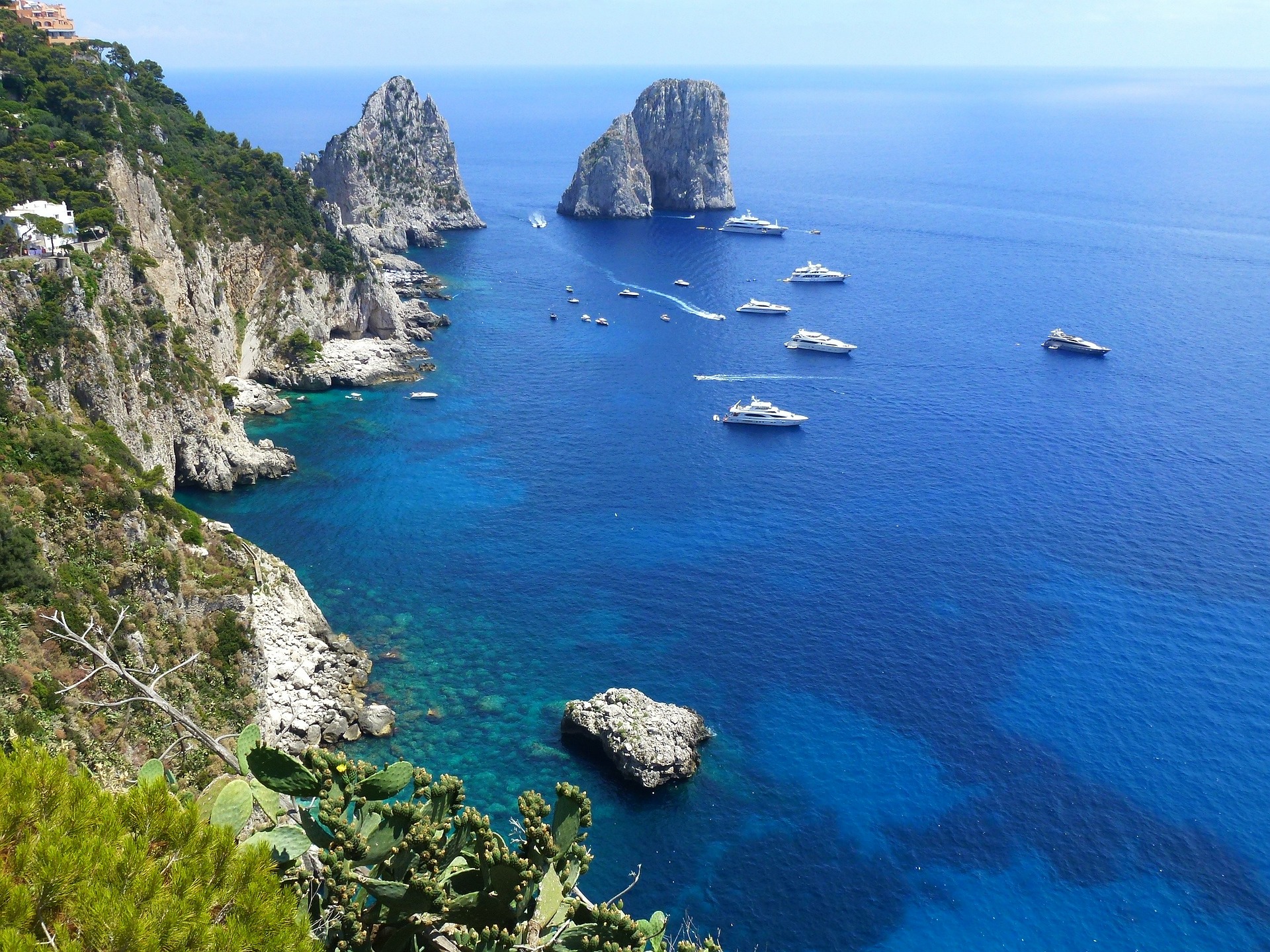 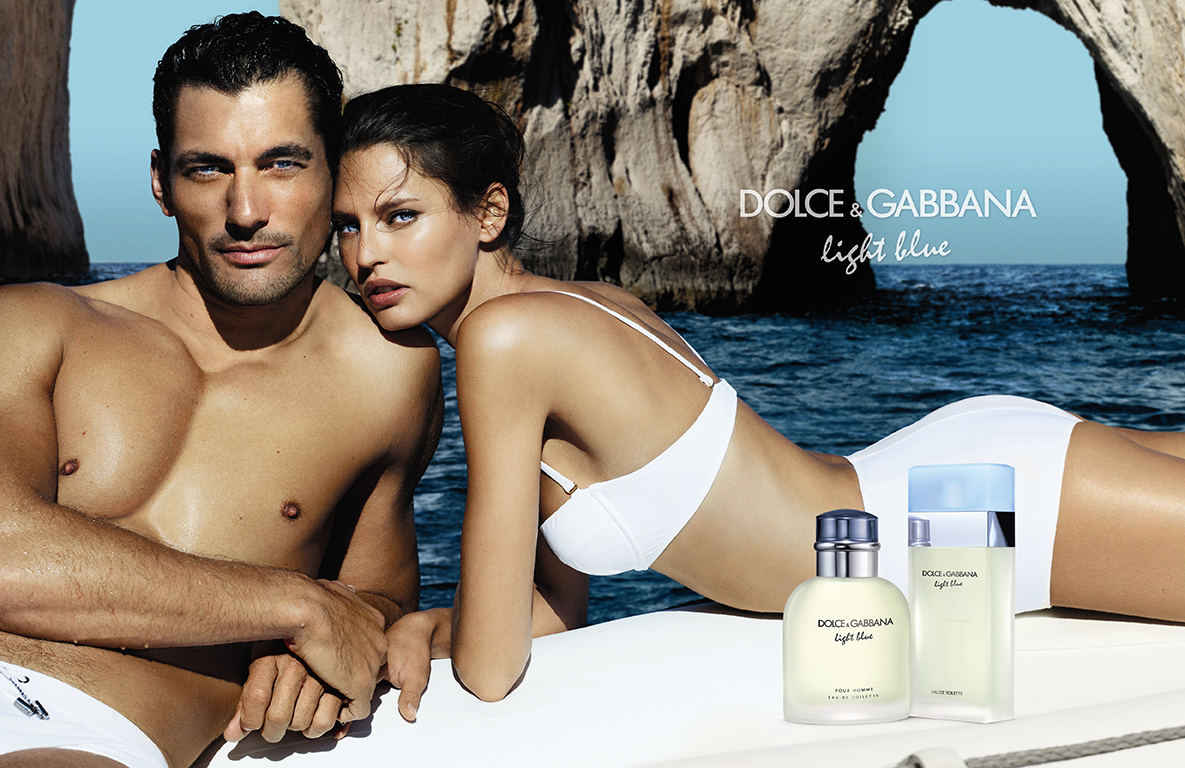 The Blue Grotto, or Grotta Azzurra is one of the most beautiful sea caves in Italy. Sunlight, passing through an underwater cavity and shining through the seawater, creates a blue reflection that illuminates the cavern. The cave extends some 50 metres into the cliff at the surface, and is about 150 metres deep. It is a popular tourist destination and a boat trip is a definite must while in Capri. During Roman times, the grotto was used as the personal swimming hole of Emperor Tiberius as well as a marine temple, and decorated with statues of the Roman sea gods Neptune and Triton. Source: (Source) 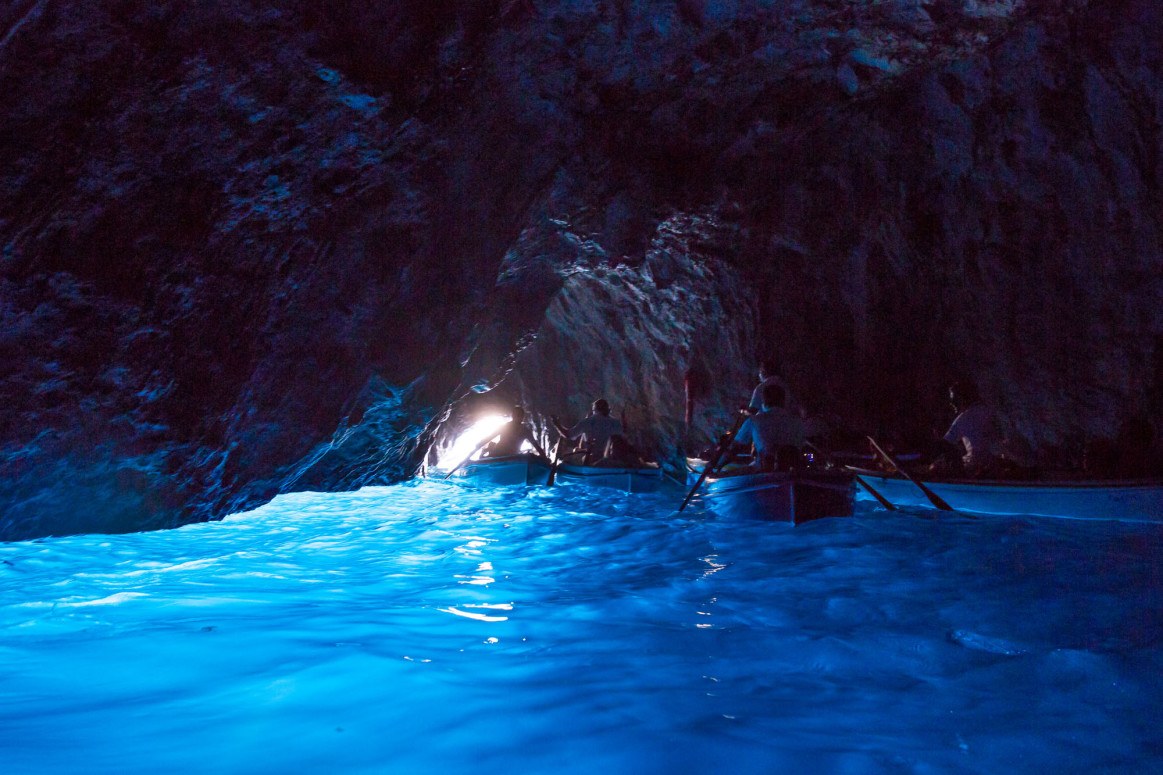 The island of Capri is a paradise for nature lovers. There are plenty of wild hiking trails and built walking paths. One of the most famous pathways is called Via Krupp.

In the early 20th century, German industrialist Friedrich Alfred Krupp commissioned the engineer Emilio Mayer to design and build a pathway which would link Marina Piccola, where he habitually moored his yacht each summer, with the area surrounding the Charterhouse of San Giacomo and the Gardens of Augustus – close to his suite at the Grand Hotel Quisisana. To scale the roughly 100 meter drop, the engineer cut a series of hairpin bends into the rock, set so close together that they appear almost to overlap. (Source) 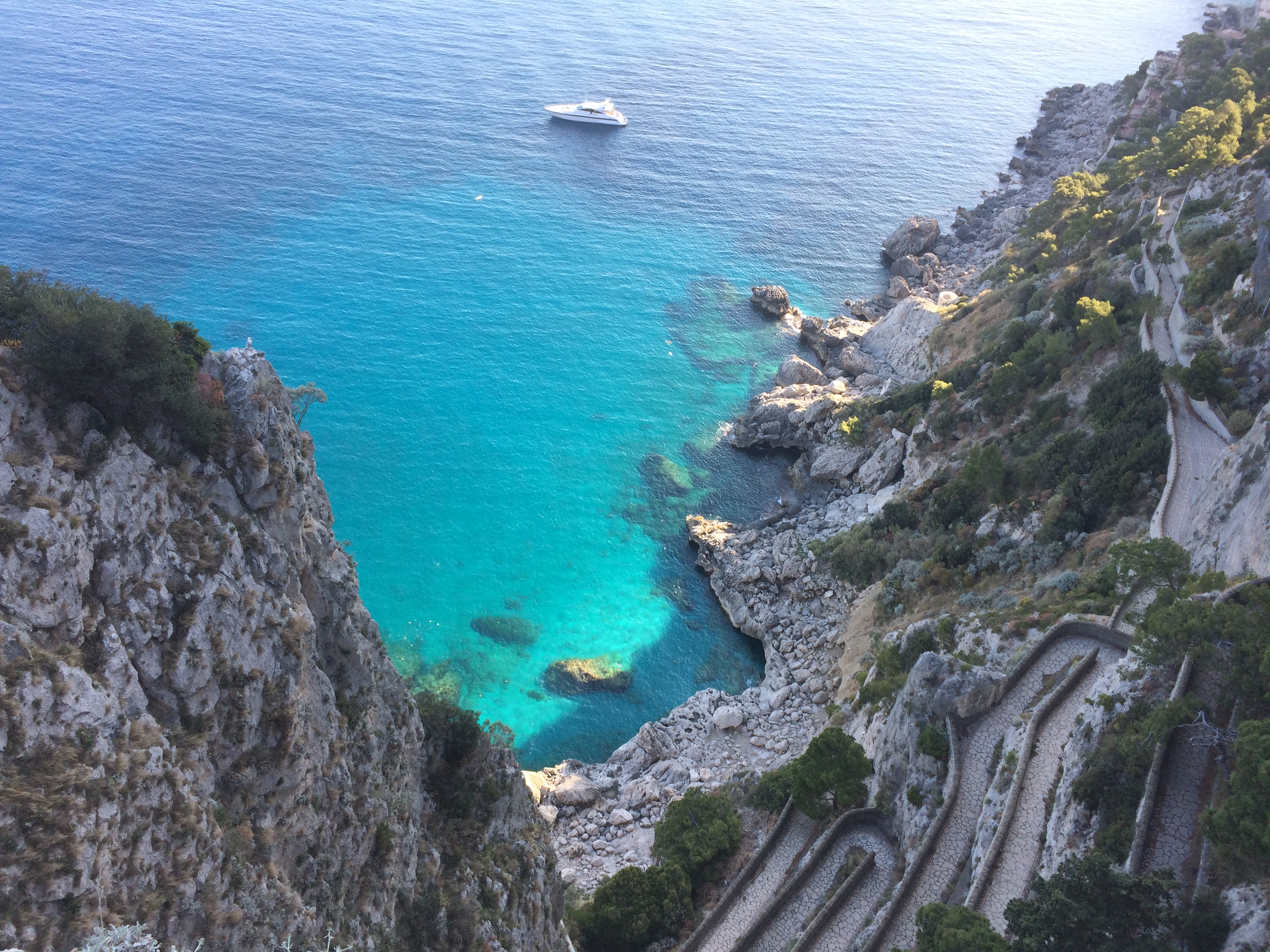 The summit of Monte Solaro, or as the locals call it “Acchiappanuvole” (cloud catcher) with its 589 meters above sea level is the highest point of the island.  To get there you can either walk up (1-1,5 hours) or you can take the chairlift from Piazza Vittoria in Anacapri. The journey which takes only 12 minutes might seem a bit longer for those who are afraid of heights (especially because the chairs in the lift are made for only one passenger) but believe me the jaw-dropping panorama will compensate everything. 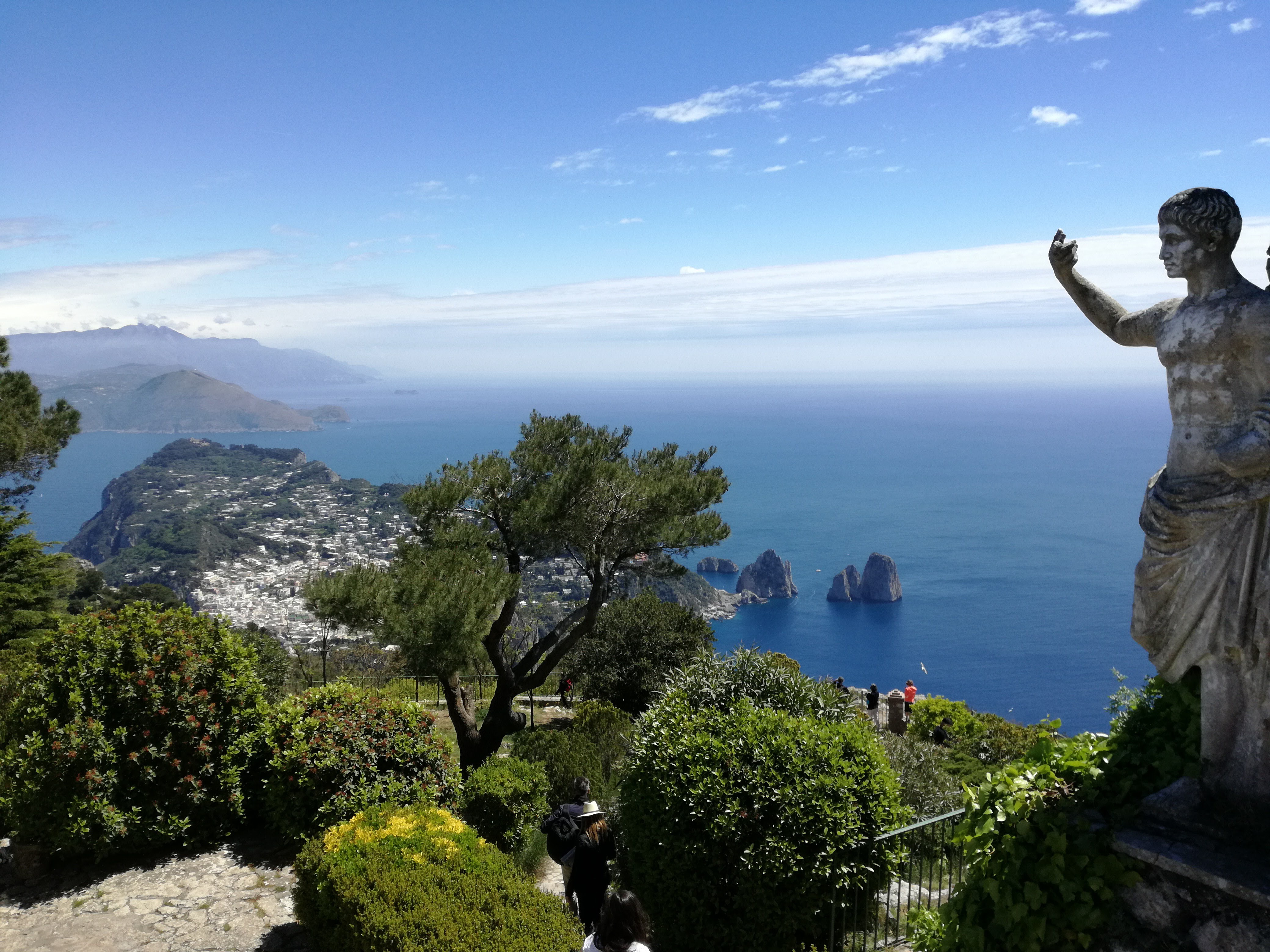 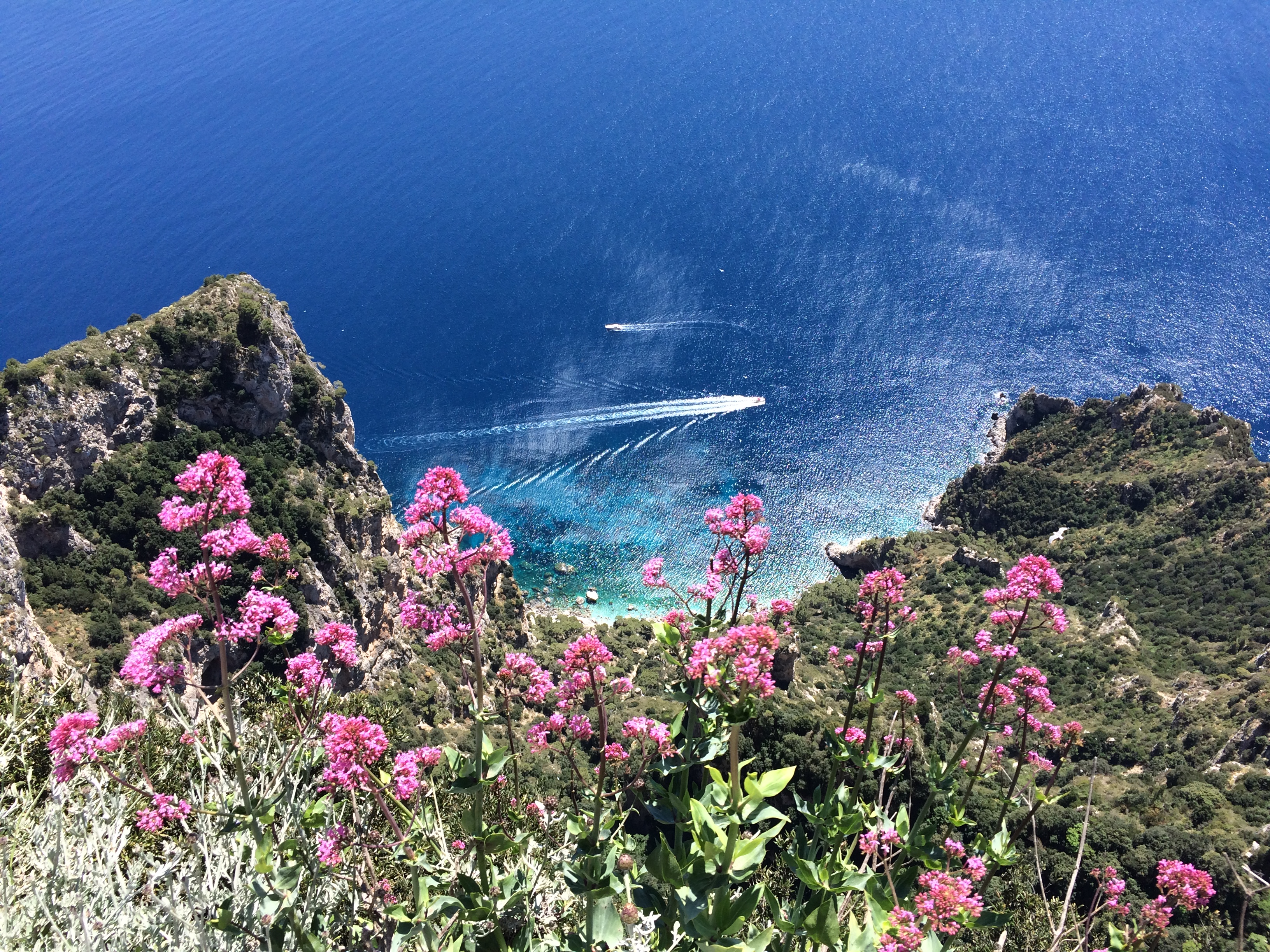 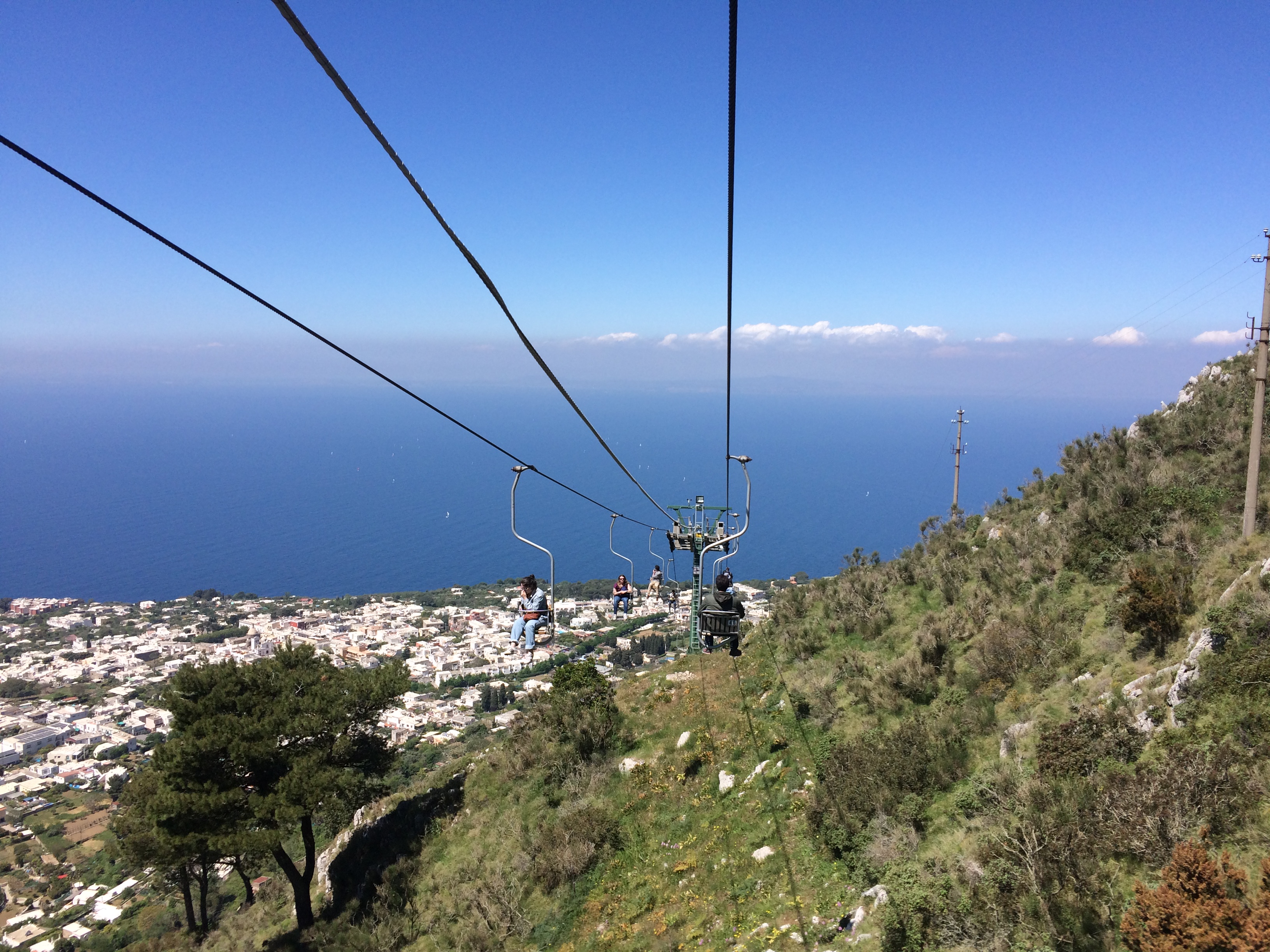 The picturesque island of Capri wouldn’t be the same without its brightly decorated terracotta tiles called ‘maioliche’.  These beautiful ceramics can be found basically everywhere in the island, and if you fall in love with them no problem: there are several souvenir shops where you can purchase various handmade potteries for your home. 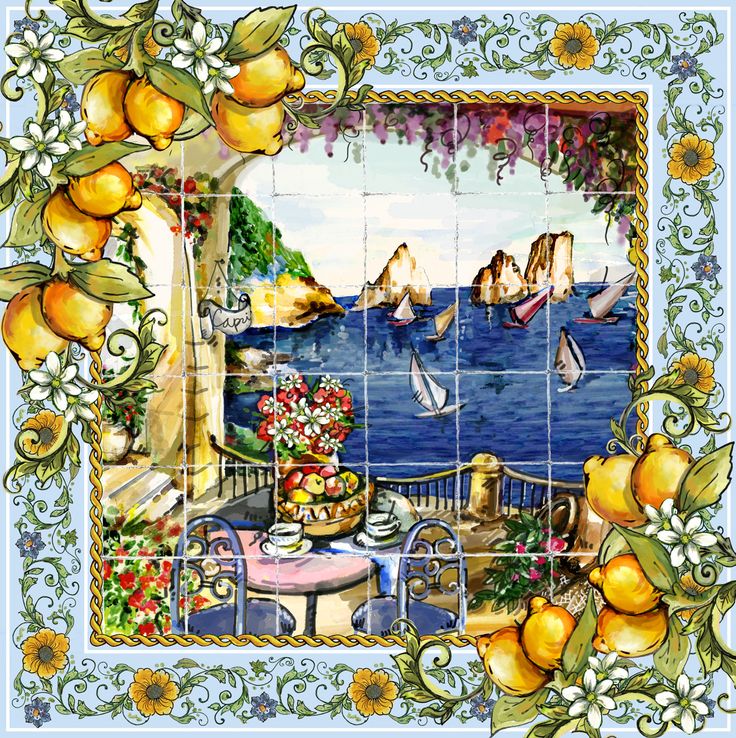 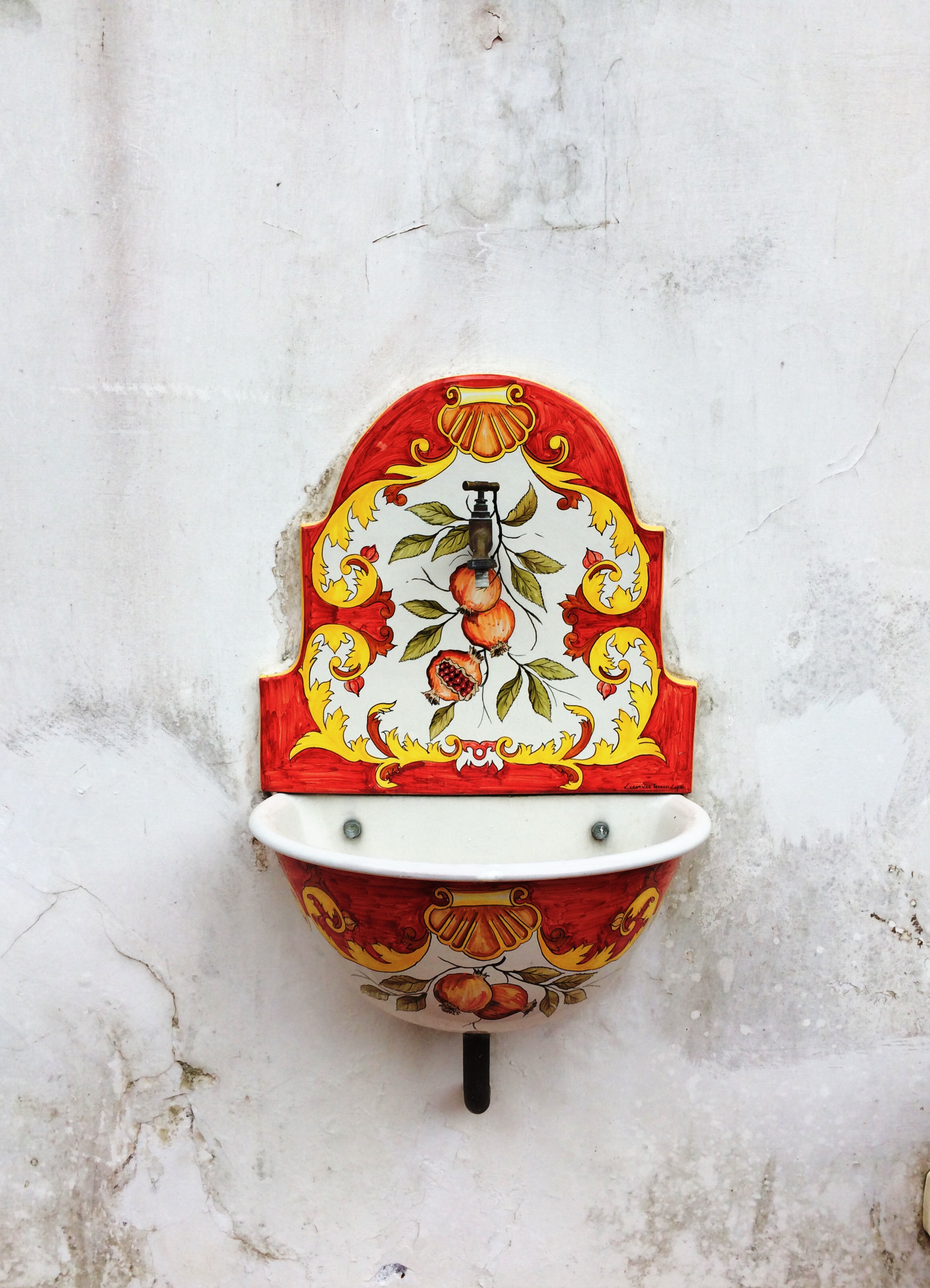 If you are in the town of Anacapri, don’t miss the Church of San Michele, located in Piazza San Nicola. This impressive church is mostly famous for its magnificent, painted majolica floor mosaic which represents the expulsion of Adam and Eva from the Garden of Eden. The artwork was made by Leonardo Chiaiese artesian in 1761. 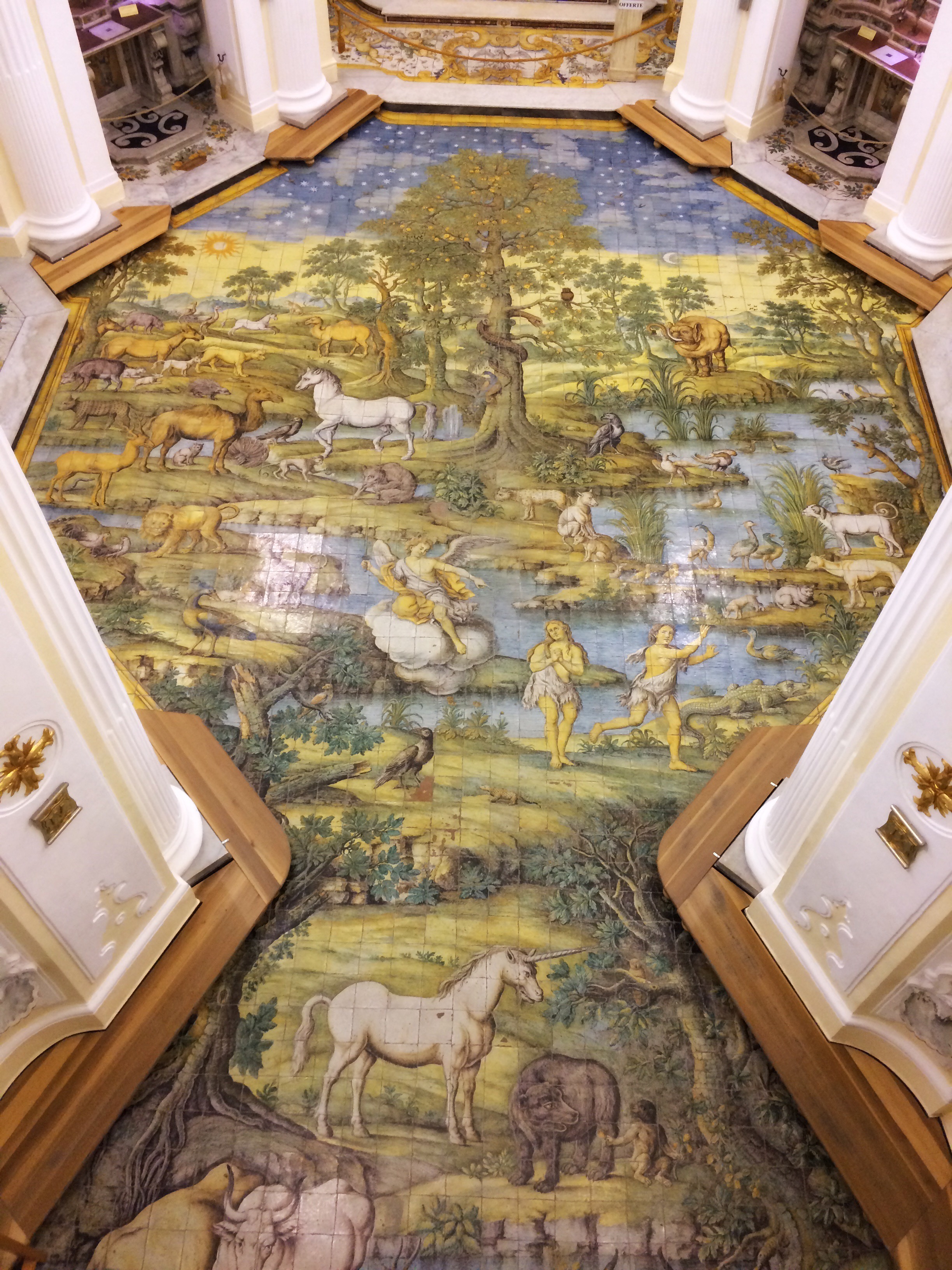 While visiting Capri one must taste the local’s delicious flourless almond and chocolate cake called Torta Caprese. A legend says that an Austrian princess who married to the king of Naples wanted the Sacher cake but Neapolitan chefs didn’t know this recipe, so they improvised by using a typical Neopolital ingredient: almonds. (Wikipedia)

The other traditional dish of the island is the Caprese Salad which is composed of tomato, fresh mozzarella and basil with a seasoning of salt and olive oil, featuring the colours of the Italian flag. The first historical mention is from the early 1920s when it appeared on the menu at the Hotel Quisisana where Filippo Tommaso Marinetti, founder of Futurism, protested against pasta calling it “outdated” in the summer of 1924 (Source). Soon the “Caprese” became not only a traditional Italian dish, but its freshness, its simplicity and its intense flavour conquered the whole world. 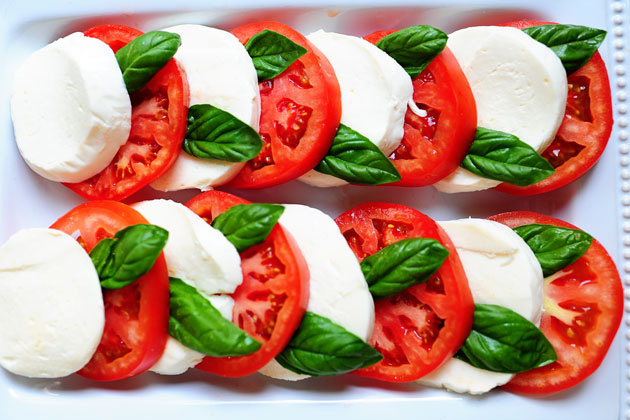 Capri is also home to Italy’s second most popular liqueur (the first is Campari): the Limoncello.  According to legend, limoncello was invented on the island of Capri, though Sorrento and Amalfi also claim that they were the inventors. What is for sure is that the brand name “limoncello” was first registered by an islander, grandson of Maria Antonia Farnace, hostess of a small, historic inn in the center of Anacapri, who would offer this digestive made from fruit which grew in the inn’s own lemon grove. (Source) 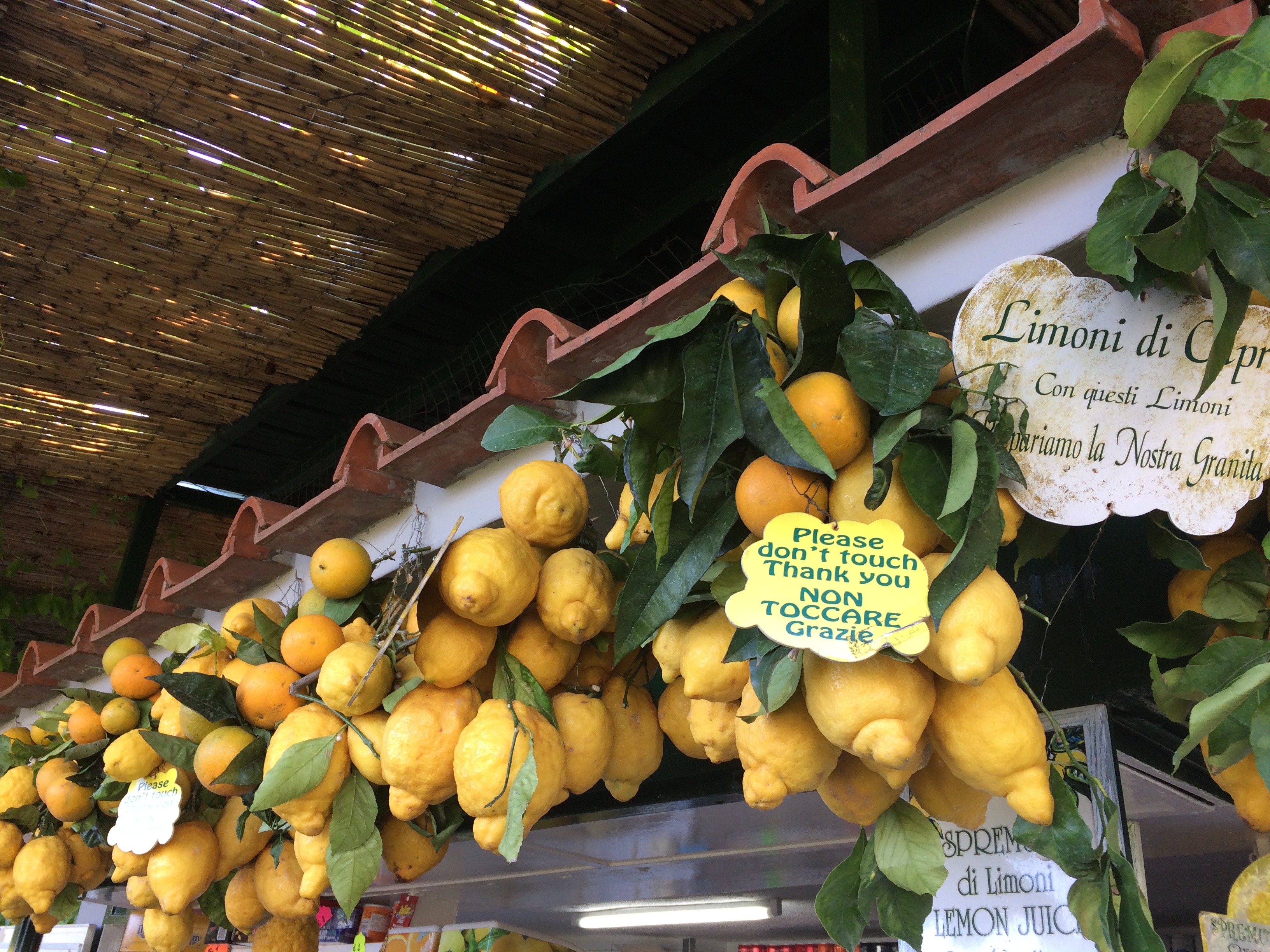 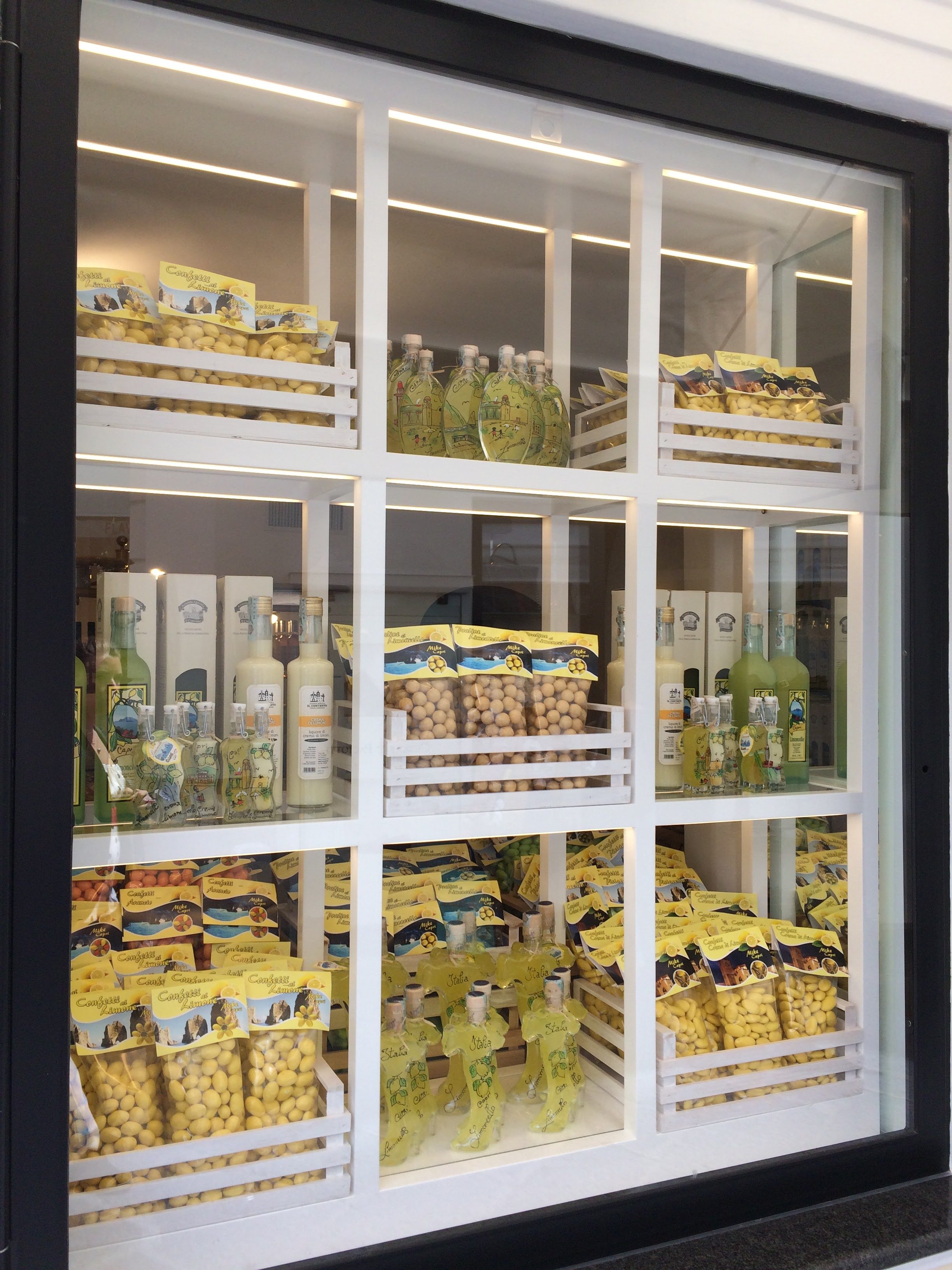 In 1380, the father prior of the Carthusian Monastery of St. Giacomo, found out the arrival of Queen Giovanna d’Angiò to the island of Capri, so he made a flower arrangement to greet her with the most beautiful flowers of the island. The water was not changed for three days and when the flowers were thrown away the prior noticed that the water had acquired a fragrance unknown to him. He allegedly went to consult with a fellow priest who practiced alchemy; the priest traced the origin of this scent back to the “Garofilum silvestre caprese.” That water became the first perfume of Capri know today as “Carthusia Perfume.” (Source) 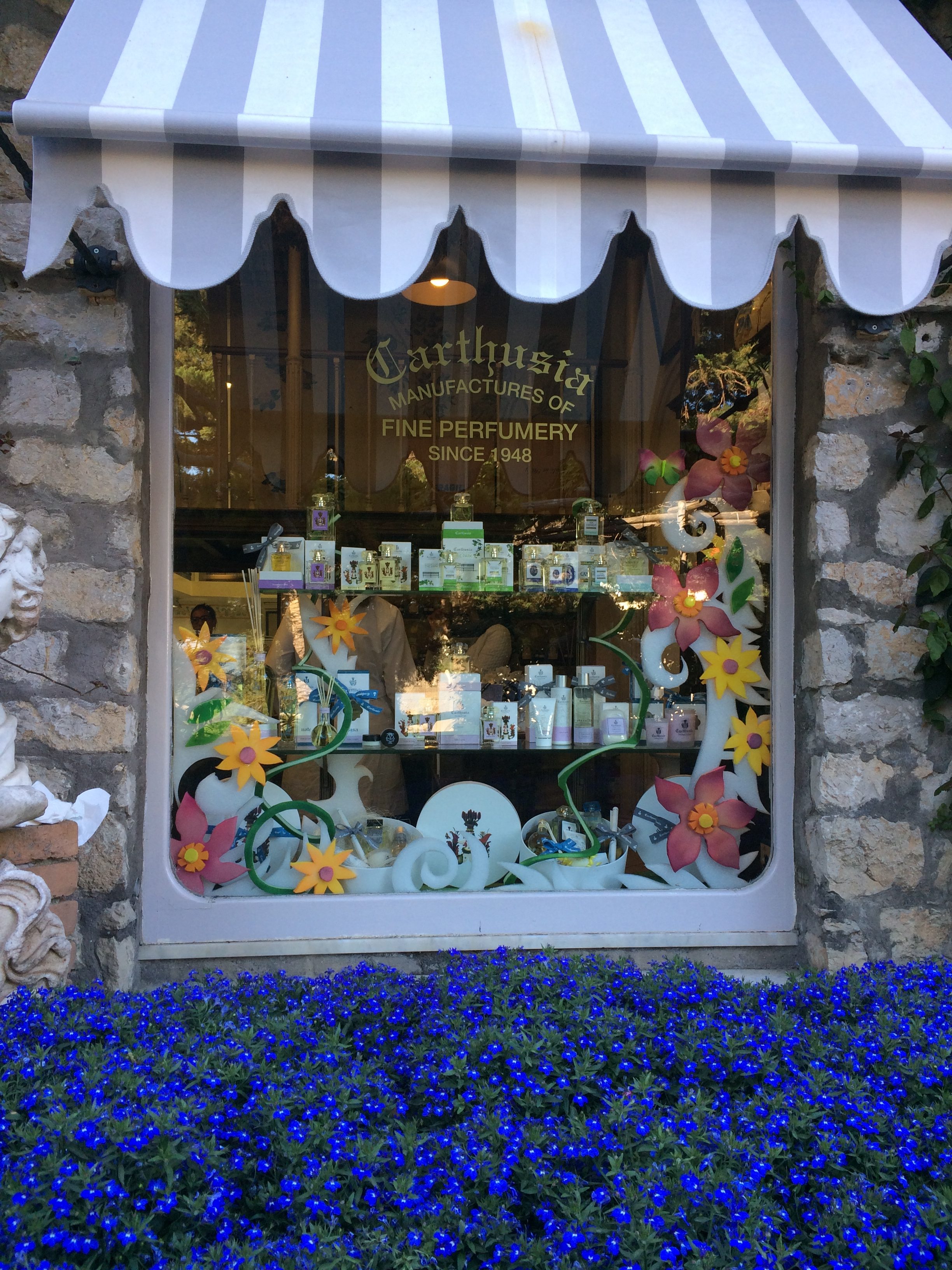 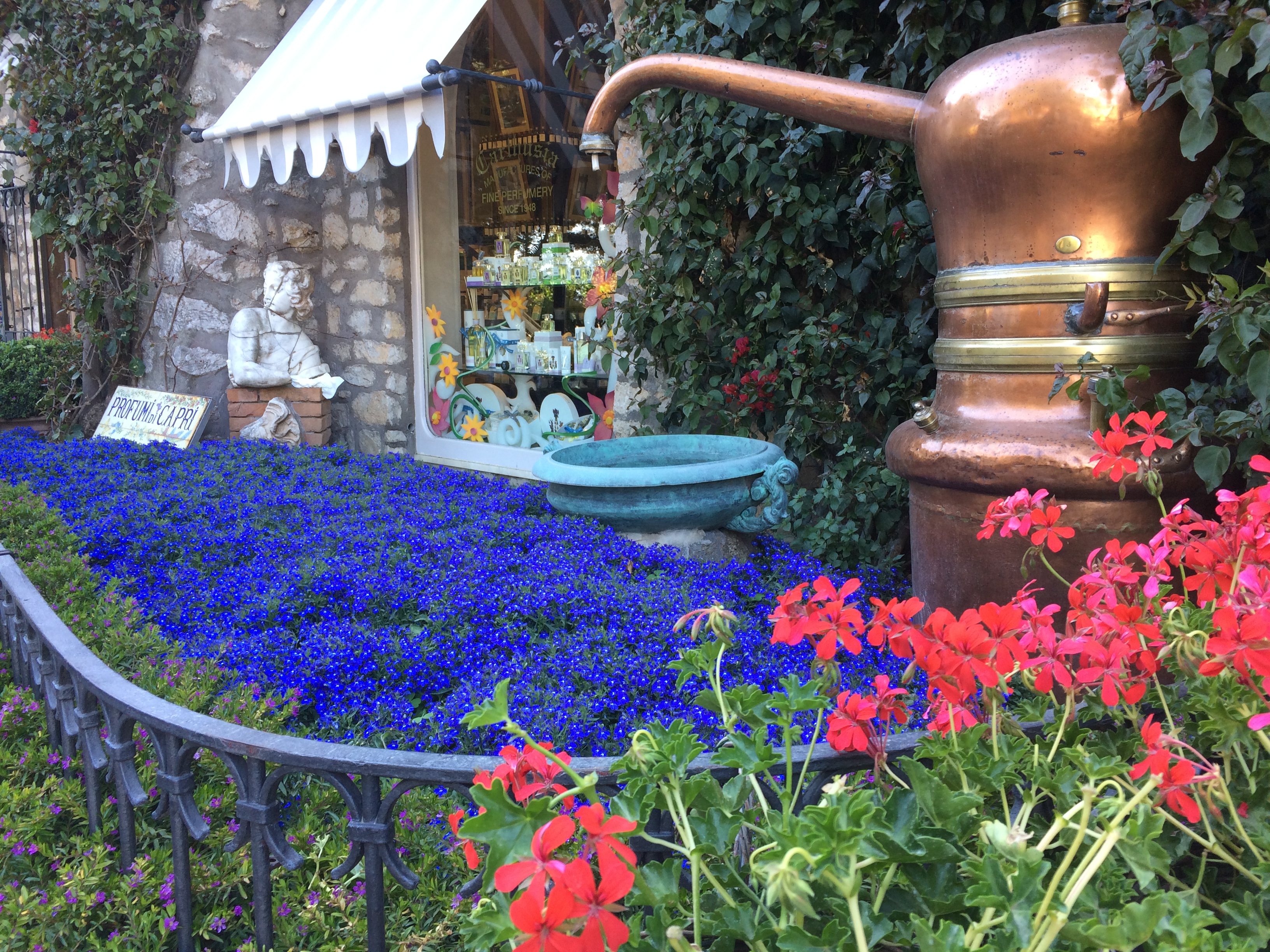 The most famous square of the island is called Piazza Umberto I, but probably everybody knows it as “La piazzetta” (“Little Square”) or as the locals call it ”a chiazz“. This is the place where you can stop time for a little while and feel the “Dolce Vita” by simply sipping a coctail in one of the cafés that are spreading all over the pavement. La piazzetta is undoubtedly the heart of the island, which became one of the most fashionable meeting places for visitors and locals after Raffaele Vuotto placed some tables outside his café in 1938, thereby  founding the prestigious Gran Caffe Vuotto. 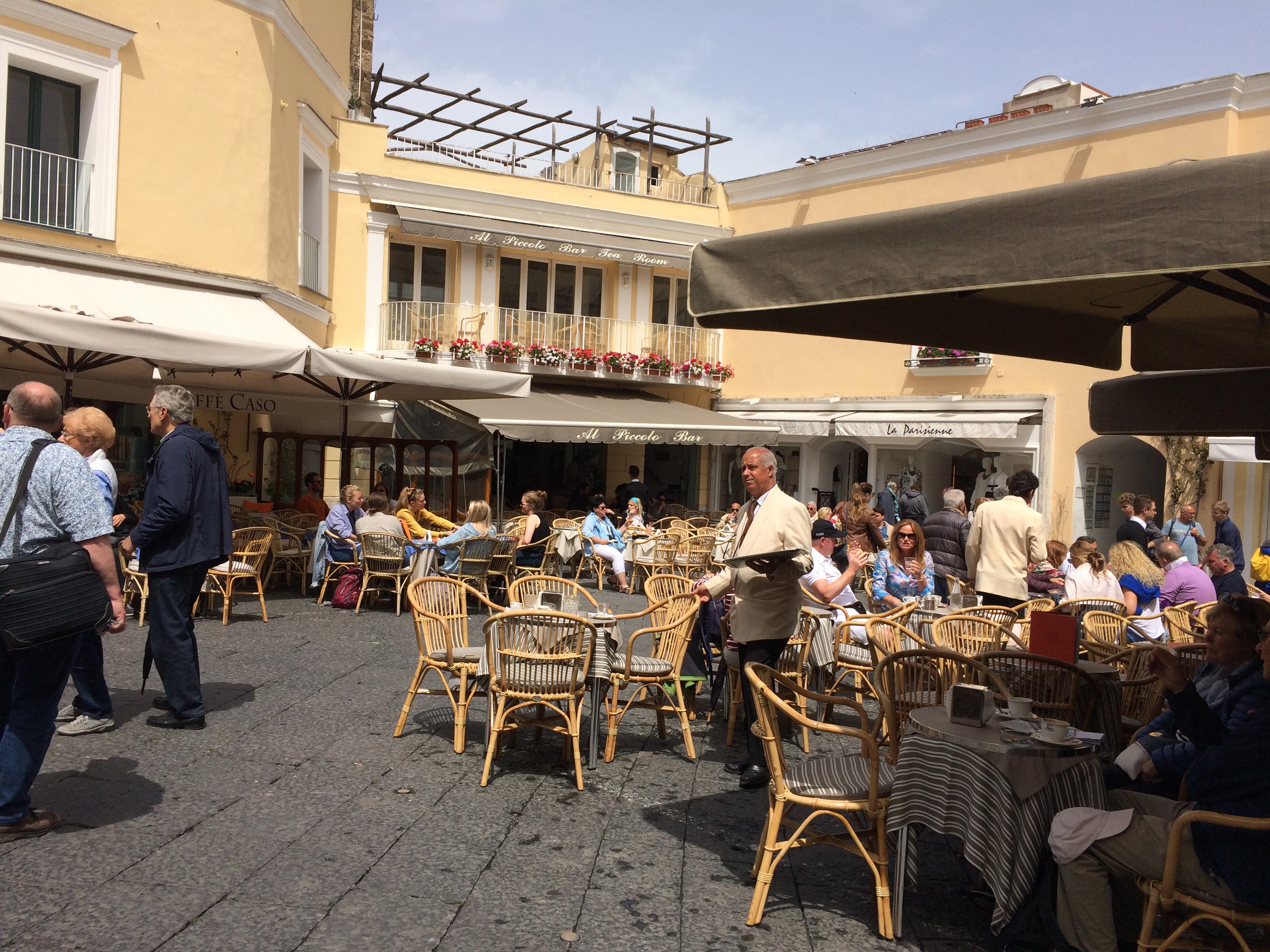 Capri has always been a hot spot for celebrities, still.. in terms of movies we can say that the golden ages of Capri were the Fifties and the Sixties. 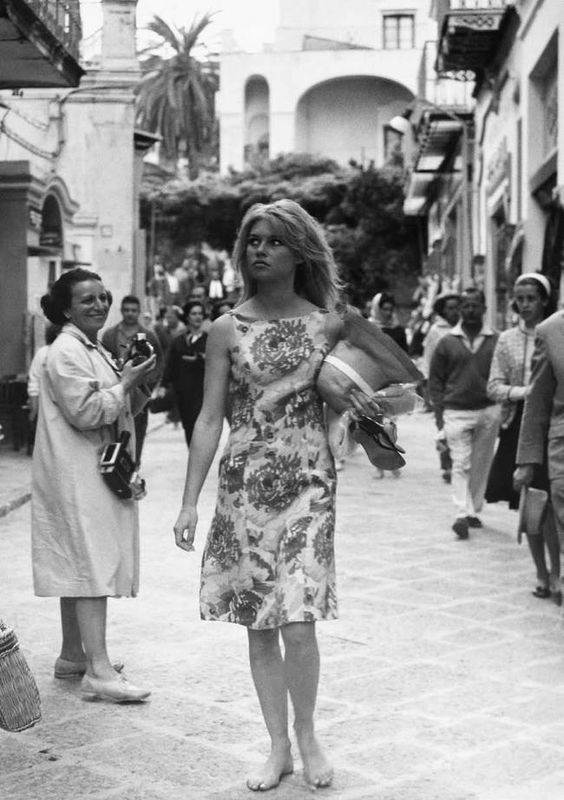 Frank Sinatra recorded a song about the island “Isle of Capri” on October 1, 1957, for his album ‘Come Fly with Me.’

It’s almost every tourist’s favourite pastime to stroll around in the streets of Capri, to glance at the charming window displays – which are often changed every day- , to mingle with celebrities, models or actors. Starting from the Piazzetta towards Quisisana (Capri’s grandest hotel) you will find plenty of high-fashion boutiques and many artisanal shops too. 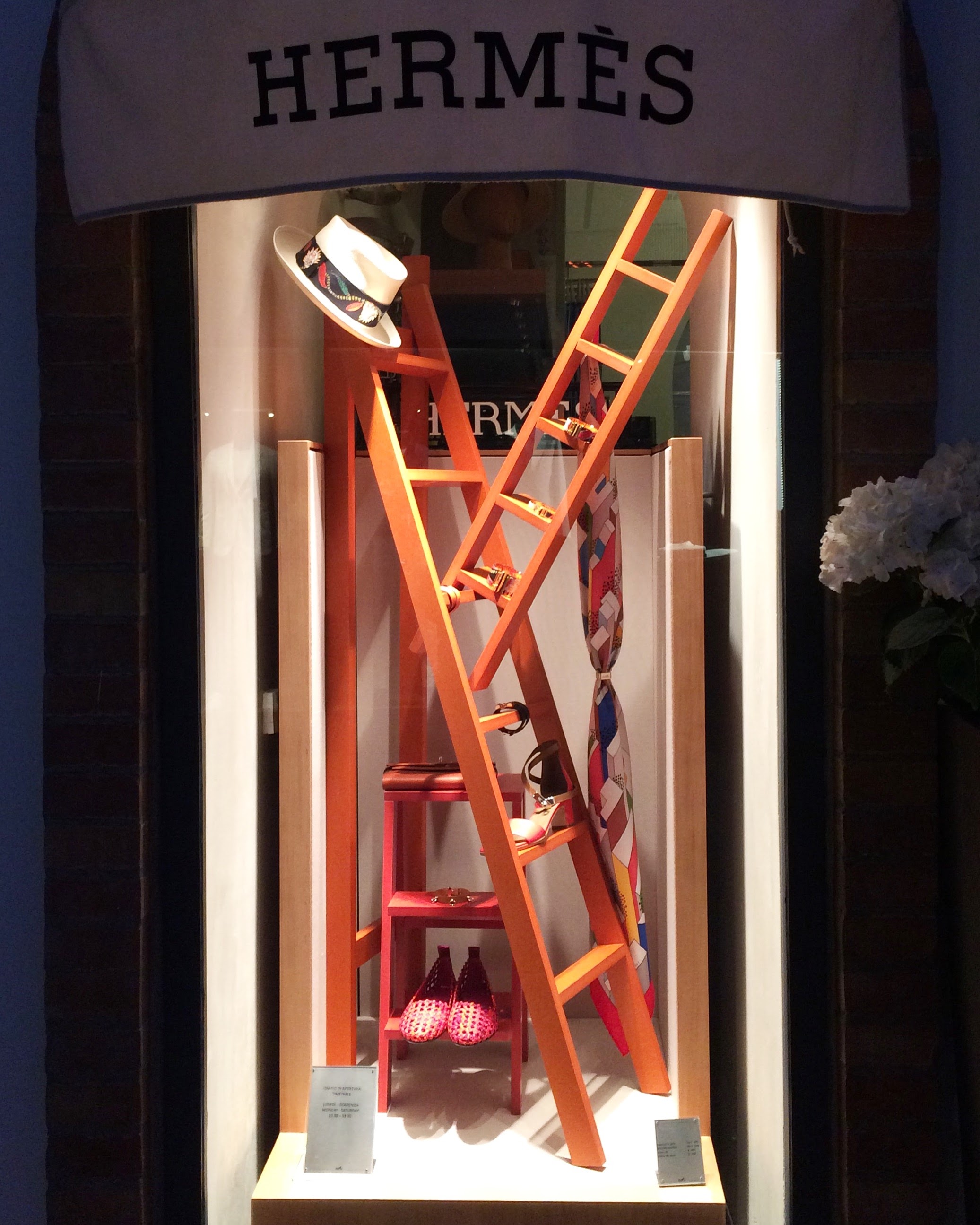 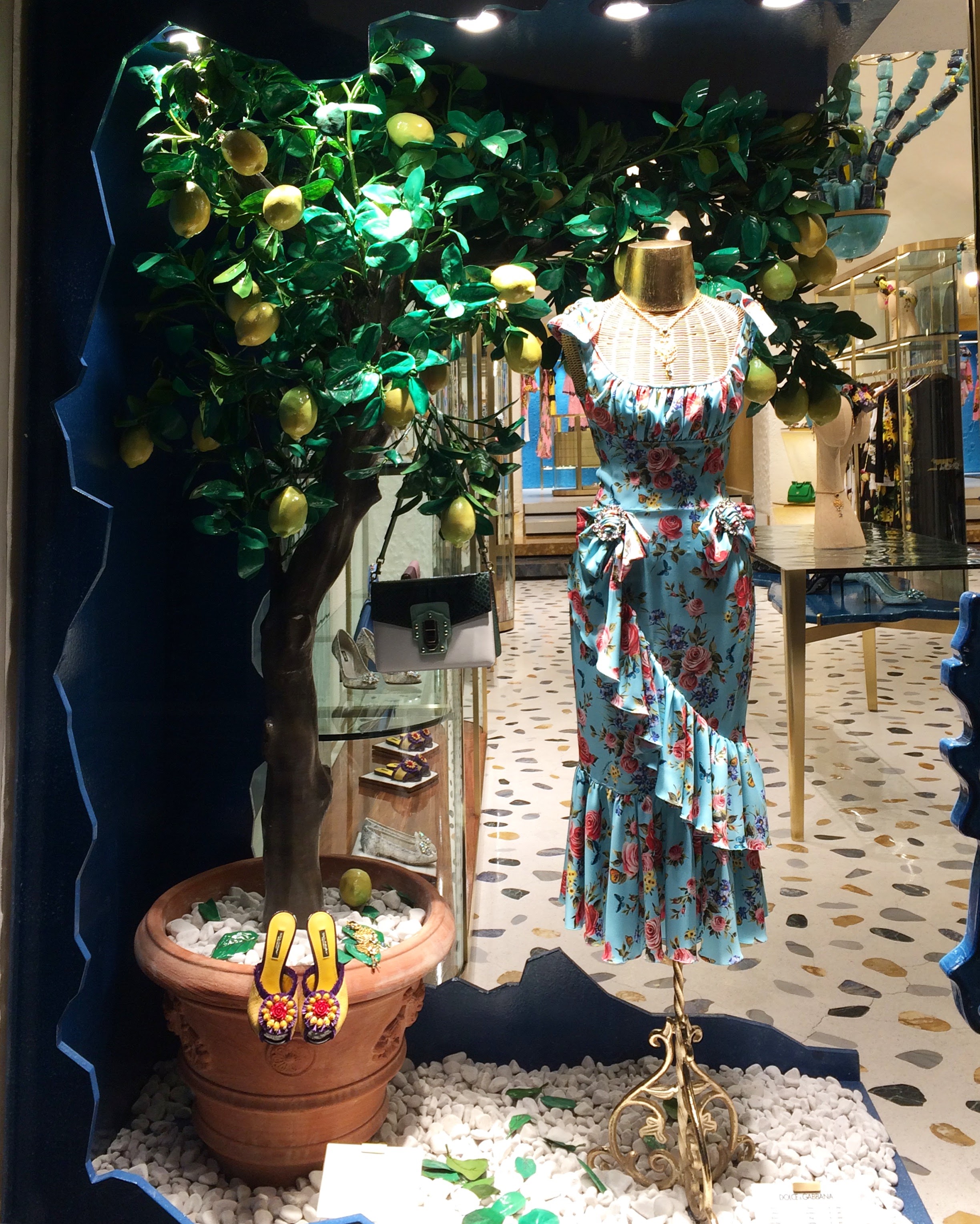 The island of Capri is the favourite destination not only to celebrity hunting tourists but also naturalists, biologists and zoologists from all over the world.  They study the island’s small mammals, numerous bird species, marine life, the fauna… and of course its various and unique flora.  One of the most famous creatures that live on the island is the Lucertola Azzurra or Blue Lizard but it is only one on a long list of reptiles.  It is especially famous for its blue scales that are “like the sea and the sky of Capri” and its habitat, which is restricted to the Faraglioni stacks  and the Scoglio del Monacone. A fine example of animal camouflage, its color makes the lizard both less visible and less appetizing to predators. Zoological studies have demonstrated that the Blue Lizard is identical in all but its color to the Green Lizard which lives on the rest of the Island of Capri. (Source: www.capri.com) 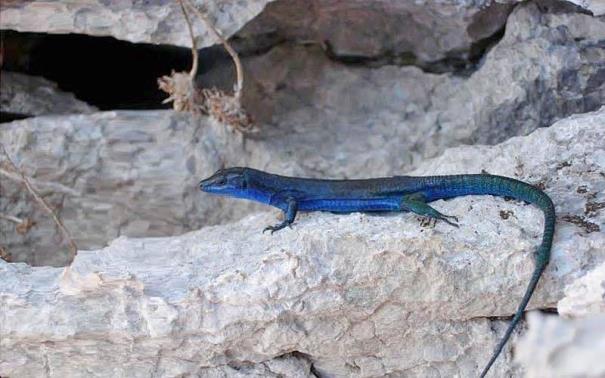