After three months of reading (and enjoying!) novels which had been written from the female perspective, I decided that it was time for a break.  I swayed back to my eternal favourite genre: magic realism and to its widely acknowledged contemporary representative – Haruki Murakami. I had already read “Kafka on the Shore” written by him and I remember that he left me fascinated by his capabilities to combine symbolism, supernatural and realism into a single smooth entity. This time I picked one of his shorter novels, ‘Sputnik, Sweetheart’, which is about a very twisted love triangle between K, Miu and Sumire. 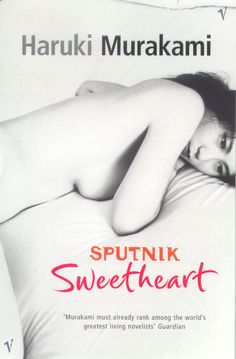 The novel can be divided into two parts: initially, the plot does not contain much action; it focuses on the relationship between the characters. We learn from K, who is narrating the story, about Sumire and Miu and how he and Sumire met. Sumire is an unexperienced authoress who falls in love for the first time with Miu, a businesswomen, twice her age. In addition, we also learn that K is attracted to Sumire but he accepts and respects the limits of their relationship.

This first part is filled with the feeling of isolation which continues to linger on even when Sumire and Miu get closer to each other. The loneliness of the main characters is tangible and Murakami carves a masterpiece out of their relationships. The presence of their loneliness is not due to the absence of love; it is there because their loves pass each other and never really meet. However, even the unrequited love that surfaces in them can have a great impact on their lives.

“I have this strange feeling that I’m not myself anymore. It’s hard to put into words, but I guess it’s like I was fast asleep, and someone came, disassembled me, and hurriedly put me back together again. That sort of feeling.”

Events take a magical turn in the second part of the novel when Sumire goes missing in Greece and K goes there to look for her at the request of Miu. He does not succeed in finding her but he does in finding short stories written by Sumire before she disappeared. On the basis of the document he finds out where she is but he also discovers that he would not be able to find her and goes back to Japan with a very special experience that has a strong impact on him yet he remains the same as he had been before the journey. By this time the reader does not expect big reunions or acclamations of love but accepts the dire reality in which people remain lonely but they just go on living their mundane lives. 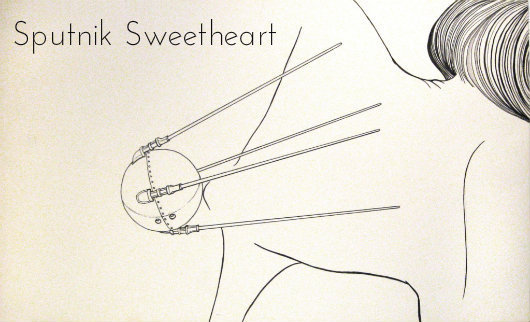 Sputnik, Sweetheart is about grand themes such as love, destiny and loneliness but Murakami manages to imitate them truthfully by displaying their manifestation on macro-level where they are still real. Instead of a summary, I would rather leave you with a quote which defines the novel more perfectly than any type of conclusion I could write:

“We were wonderful traveling companions but in the end no more than lonely lumps of metal in their own separate orbits. From far off they look like beautiful shooting stars, but in reality they’re nothing more than prisons, where each of us is locked up alone, going nowhere. When the orbits of these two satellites of ours happened to cross paths, we could be together. Maybe even open our hearts to each other. But that was only for the briefest moment. In the next instant we’d be in absolute solitude. Until we burned up and became nothing.”