Shaming… what does this word really mean? Nowadays „shaming” is used to describe the act of humiliating someone because of his/her socially unacceptable behavior or actions. Or looks. The targeted person will be a subject of public shame.

In medieval times the thief was put on public display on the market square because when he or she was exposed in this manner everybody knew that he/she stole something or broke the law in one way or another. And the people who saw him were allowed to scold him, or to throw eggs on him as a punishment for committing something that the majority of the people considered as a sin, an act that was harmful to society, something that people should never do, or a criminal offence from which society had to be protected. The body image accepted by the majority, the concept of ideal beauty or „beau ideal” has changed immensely over the centuries.

Whatever we regard or accept as something beautiful is a matter of our own, individual taste on the one hand, but on the other hand our thinking is highly influenced by what the majority of the people is thinking, including, among many other things fashion, marketing or optical tuning. Centuries ago, the rounded shapes of the human body reflected prosperity and vitality. There was a time when bathing was a luxury, when powdered wigs and strong perfumes were used widely to hide or cover up smells or sights that would be considered intolerable for today’s taste. In recent times civilization and the welfare state produced for themselves their fashion dictators and icons who are busy determi 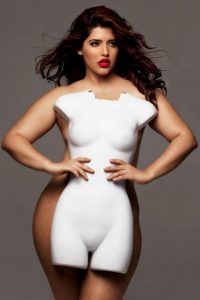 ning how we see ourselves and the world.

Some Instagram celebrities, influencers or bloggers don’t even realize how harmful their “funny” or nasty comments can be. And this is the point where we once again return to the meaning of “body shaming”. The act of humiliating someone because of her/his physical appearance. Passing negative judgments about someone without considering the inner values of her/his personality. Just like judging a book by its cover. An underhanded sneak picture of a poorly dressed woman with cellulitis on her legs, taken in a bathroom in a gym… posted, liked, judged and humiliated in front of the whole world.

That is body shaming. People living with a body image disorder are unable to see their real faces in the mirror; those with eating disorders suffer from various new forms of diseases. Body shaming poses an especially huge threat in case of young kids, teenagers, millions of women and men. Because media is power and power can be dangerous. Anybody can publish anything without any kind of limitation whatsoever, which can – and will be seen by millions, even if offensive, abusive or harmful. We should never forget that just because someone doesn’t look “nice” or “pretty” or “cool” according to our personal judgement it doesn’t automatically mean that he or she has anything to be ashamed of. 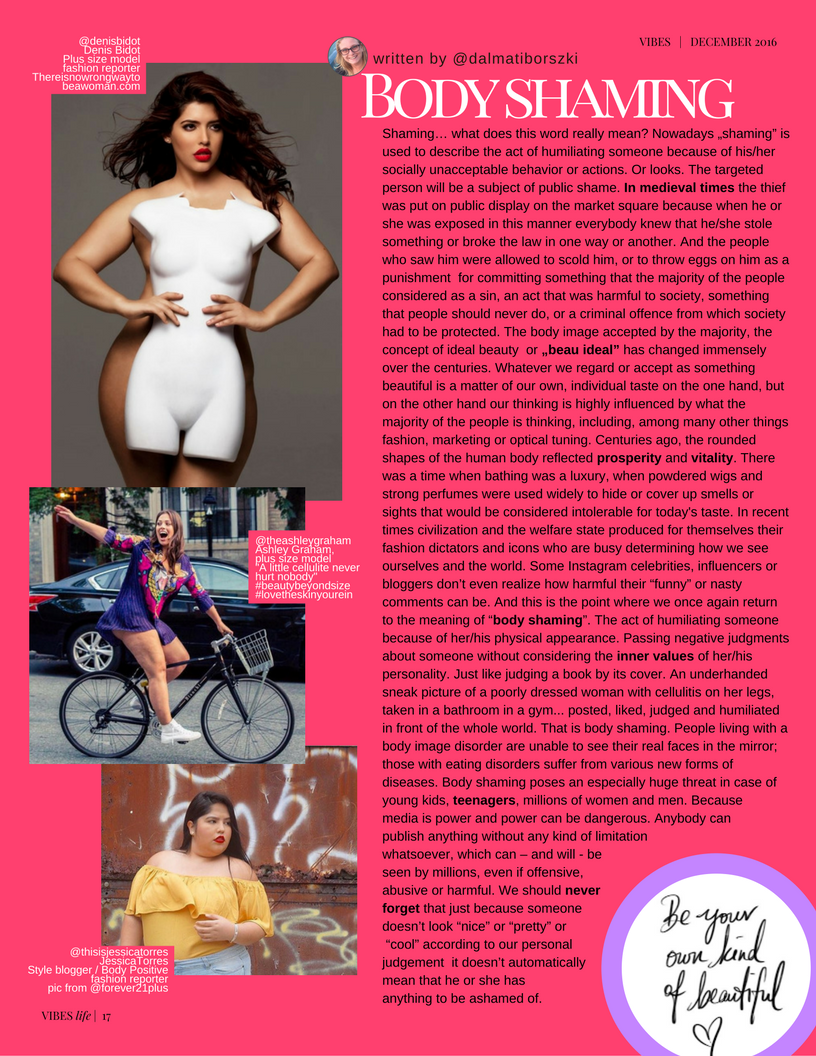